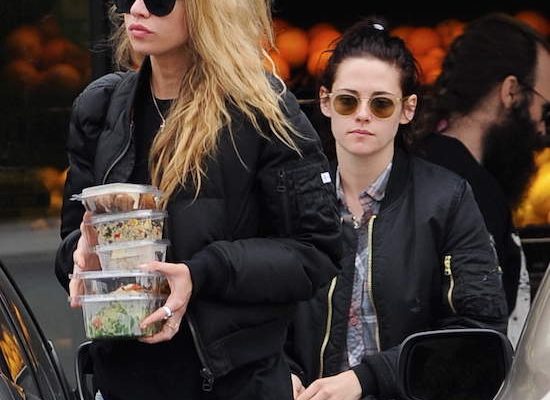 Calm down, K-Stew fans (and Donald Trump),just because she might be over Stella Maxwell, it seems like Kristen Stewart is still “so gay, dude.” Well, ok, maybe not “so gay” so much as bisexual. Well, maybe more sexual chameleon? OK, that’s not the point. Kristen seemed to be following in Adam Levine’s footsteps of shopping for a life partner from the Victoria’s Secret runway, but that may be no more. She hasn’t been seen with Stella since October, and now Hollywood’s favorite scowl was spotted out in Los Angeles holding hands with a lady who isn’t Stella.