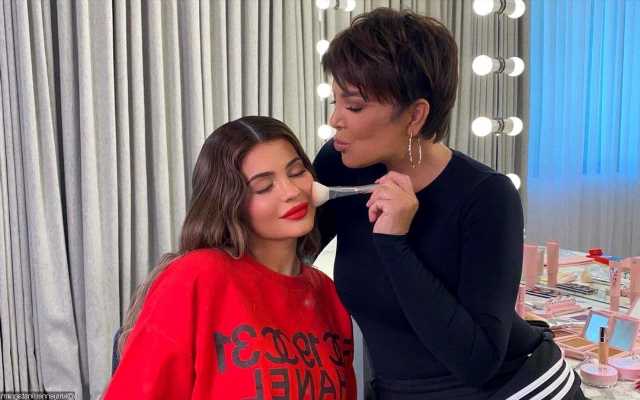 While the pregnant star was absent at the big event on Monday, September 13, her mom appeared to take her place to talk about her expecting baby No. 2 with rapper Travis Scott.

AceShowbiz –Kris Jenner has broken her silence on Kylie Jenner‘s second pregnancy at the 2021 Met Gala. While Kylie was absent at the big event on Monday, September 13, her mom appeared to take her place to talk about her expecting baby No. 2 with Travis Scott (II).

For the occasion, the talent manager dressed in an all-black get-up that featured pieces from Tom Ford, Alexander McQueen and Tommy Hilfiger. Her outfit featured a very plunging neckline, dramatic cut-out sleeves and a ruffled train at the bodice. She put glam on her look with emerald drop earrings that she paired with leather gloves and pointy-toe pumps. As for Corey, he looked sharp in a head-to-toe black suit that he paired with a pale pink button-down.

It was said that Kylie decided to skip the Met Gala to focus on her health. “She pulled out last minute because she is overwhelmed and just doesn’t feel great,” a source claimed to E! News. “She did a lot this past weekend and pushed it. Kylie has been going back and forth for the last two months on if she wanted to attend or not and decided she doesn’t really need to go.”

“Kylie is focused on her pregnancy right now and just wants to take it easy,” the source added. The “Life of Kylie” alum herself confirmed her absence at the star-studded event, writing on Instagram Stories, writing, “I’m so sad I couldn’t make it this year.”