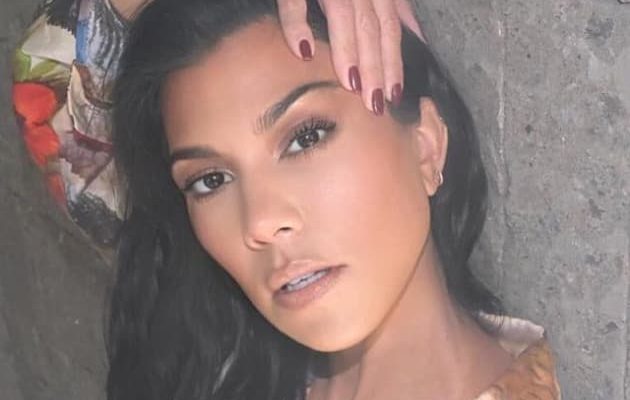 The Kardashian family is different than most families.

And that is true for many, many reasons.

Like, how many families do you know that are rich enough to have multiple mansions and several successful businesses?

OK, and if you do know any, then how many of those got rich because the father was the lawyer in one of the most infamous murder trials of the century?

And on top of that, how many were rich and then also got famous because one of the kids had a leaked sex tape?

See, they really are very unique!

Another thing about the Kardashians that sets them apart from some families is that they are very, very open with each other.

Just so, so open.

Remember back in the very first season of Keeping Up with the Kardashians when Kim was doing her photo shoot for Playboy?

Kris, who is her mother, remember, took photos of Kim posing naked with her own camera.

That was when she delivered that iconic “Kim, you’re doing amazing, sweetie!” line.

In another episode, Kim and Kourtney wanted to have a little contest to see whose vagina smelled better.

Khloe was the judge.

Many people wouldn’t feel comfortable getting so intimate with their family members, but the Kardashians are totally fine with it.

And that’s how we got this photo:

So that’s Khloe, Kourtney, and Kendall groping each other on top of a piano at the family Christmas party.

Kendall’s reaching for Khloe’s hips, Khloe’s choking Kendall a bit, and they’ve each got a hand on Kourtney’s chest.

Kourtney is the one who posted the photo, and she captioned it “Can’t take us anywhere.”

And, believe it or not, lots of people had lots of opinions on this picture.

“Are ‘sisters’ supposed to be this touchy-feely?” one person asked. “I wouldn’t want my sisters hands on my ‘breast’??”

Another person wrote “I don’t understand the groping between sisters. Gross.”

One of Kourtney’s followers got sarcastic with “Yes, sexy sibling incest time, yeaaaaaa buddy,” and another said “You got to love a bit of incest at Christmas.”

But as wild a thought as it may be, some people really did think there was something wrong with this photo.

“This is disgusting and incestuous,” one of those people wrote.

A similarly minded individual called the photo “disgusting and incestuous.”

But this is perhaps the most bizarre comment of all:

“This is disgusting, the love of sisters supposed to be pure. This is the type of message you send out to the world … and even worse, this is the source of your money.”

“I hope it doesn’t lower your luxury soul.”

But the thing is, some sisters are just like this.

Some friends are, too — groping doesn’t always have to be sexual, sometimes it can just be fun and goofy, you know?

Kim Kardashian & Family: 19 Conspiracy Theories That May Actually Be True (Okay, Some of Them)


We can’t say for certain, but we’re pretty sure that there’s no actual incest going on in the Kardashian family.

But still … stay vigilant out there.