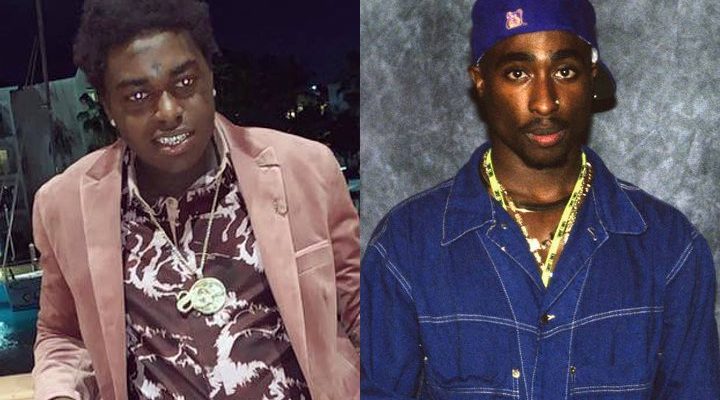 AceShowbiz -Is the backlash too harsh to handle? Kodak Black appears to shut down his Instagram account following his controversial statement. The rapper landed in hot water after he claimed in a Friday, March 22 Instagram Live broadcast that he was better than late rapper Tupac Shakur.

Fans who try to go to his Instagram account will only see, “Sorry, this page isn’t available,” written on his page. However, the “ZEZE” rapper is still pretty much online on Twitter.

Kodak, who has been making headlines for the past few days, previously said during his Instagram live stream, “People tryin’ to say, ‘Oh I can’t put myself in the same category as 2Pac.’ ” He went on saying, “Actually I’m better than 2Pac because I live what I rap about. He’s just a legend for a fact that he died. I live what I rap about.”

Actor and frequent rap critic Michael Rapaport made sure to let the rapper know that he wasn’t happy with Kodak’s self-proclamation. He slammed Kodak by stating that he’s “not even a top 10 mumble rapper.” The diss didn’t go unnoticed by the rapper, though, as he dediced to hit back at Michael when he performed at a recent show.

“I love my crackers now,” Kodak told the crowd. “But y’all tell this little dumba** cracker stop playing with me man. Tell him stay out of black folks business.” He then told Rapaport to “suck a baby d**k.”

Michael is not the only one whom Kodak has been throwing shade at in the last month. He slammed Young M.A, Sticky Fingaz, Lil Wayne and the latter’s daughter Reginae Carter. The two began feuding after the 20-year-old college student recently blasted Kodak Black for seemingly wishing death upon the veteran rapper during an appearance at Miami’s LIV nightclub on March 3.

The moment was captured on camera and shared online. In the video, Kodak could be seen standing in front of a crowd as saying, “Where Lil Wayne at? …You f***ing maggot. You should’ve died when you was a baby.” Watching the video, Reginae clearly wasn’t happy about what the 21-year-old spitter said of her dad.

Taking to Instagram on the following day, she wrote her response on Instagram, “You new lil rappers need to start giving props and respect to the Goat. My father don’t bother nobody. He won’t even react to what was said. This man be in his own world so leave him tf alone. You pick the night he didn’t go to LIV to say that. You bold. Lol.”

The two had a back-and-forth on social media with Kodak calling Reginae “bald-headed daughter.” He went saying on an Instagram Live, “Don’t be coming at me, bruh, ’cause when you come at me, I’m gonna come back. Nobody said nothin’ to that little girl, bruh. First of all, nobody said nothin’ to you daddy so don’t be coming at me like that. I ain’t no shorty, I ain’t no peon.”