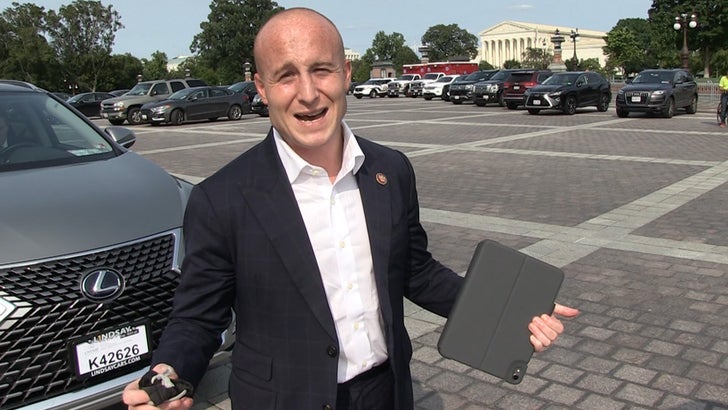 “Right now, this is an absolute disgrace!”

That’s N.Y. congressman Max Rose going IN on Knicks owner James Dolan … saying the dude should sell the team ASAP — and adding he believes even our TMZ Sports camera guy could do a better job!!!

“We lose a piece of our soul. Sell tomorrow. Sell today. Do it for the good of all of us, brother!”

Rose continued, “Look, the Knicks got to stay. Dolan’s just got to sell. Drives the team into the ground, man! It’s disgraceful!”

Of course, Rose’s remarks now beg the question … will Dolan go after a congressman?!?!

You’ll recall … James does NOT take criticism lightly — and has punted multiple fans recently from Madison Square Garden, including a “sell the team” heckler back in 2019.

Seems Rose’s comments could put him in perma-ban territory as well … which would make for an incredible storyline — given, you know, Rose is a decorated war hero in addition to a congressman.

So, Max vs. James in 2020??? We’re here for it … at least it’s more entertaining than most Knicks games are these days.