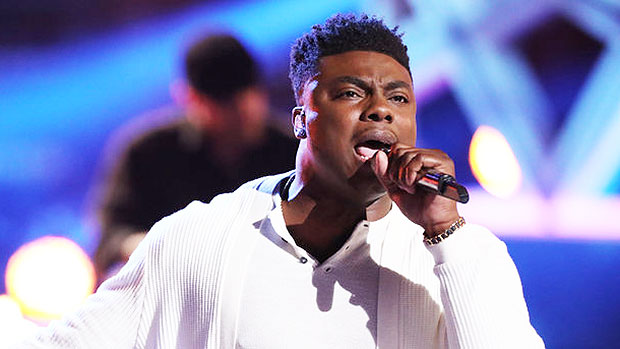 Kirk Jay is one of the top 4 finalists hoping to be crowned ‘The Voice’ season 15 champion. The country singer has been a consistent frontrunner from the very beginning. Here’s what you need to know about Kirk!

Kirk Jay, 23, has made it to the top 4 of The Voice season 15! The country singer on Blake Shelton’s team has been such a stronger performer from week to week. He’s competing against Chevel Shepherd, Kennedy Holmes, and Chris Kroeze for the season 15 title. As the finale gets underway, here are 5 key things you need to know about Kirk!

1. Kirk faced tough times growing up. The Alabama native grew up extremely poor and remembers times during his childhood when there was no electricity, water, or food, according to his NBC bio. Despite hard times, Kirk’s not letting anything get him down. “I just want to be able to give back to my community and everybody who supported me coming up in the beginning,” he said, according to PEOPLE. “I just want to help people musically and continue to change lives.”

2. Kirk has his own band! Kirk currently travels the South with his band, Kirk Jay & Kuntry Funk. Now that’s a good band name!

3. He dedicated his top 8 performance to someone close to his heart. Kirk dedicated his performance of John Michael Montgomery’s “I Swear” to young fan Courtney Pruitt, who is currently in the hospital fighting cancer. Courtney’s dad contacted Kirk after seeing his blind audition and hearing his story.

4. He’s a country singer all the way. He performed an epic rendition of the Rascal Flatts hit “Bless the Broken Road” for his blind audition. Kirk told The Voice coaches how the song was the first country song he’d ever heard and he fell in love with it. He noted to the judges that he’s “country ’til I die.”

5. He discovered music in church. At 5 years old, Kirk began playing drums at church and singing in the choir, according to his NBC bio.