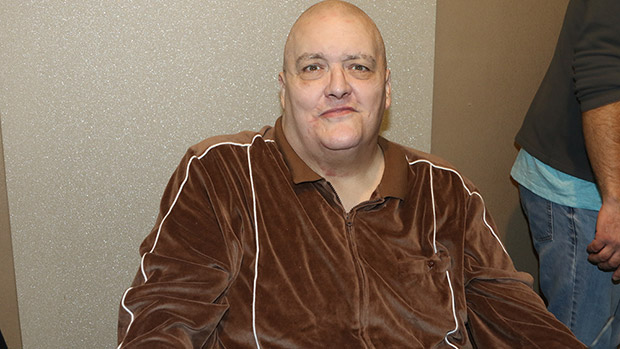 Rest in peace, King Kong Bundy. The wrestler, who also worked as an actor and comedian throughout his career, has sadly died at the age of 61.

The WWE community is mourning the loss of King Kong Bundy, real name Christopher Pallies, who passed away at 61 years old on March 4. The cause of death was not immediately revealed, but the sad news was first reported by Bundy’s longtime friend, David Herro, on Facebook. “Today we lost a legend and a man I consider family,” David wrote. “Rest in peace Chris. We love you. Thank you for believing in me.” The WWE also took to Twitter on March 5 to mourn the legend, writing, “WWE is saddened to learn that King Kong Bundy has passed away.” Here’s more to know about Bundy:

2. He was known for asking referees for a ‘five count’ during his matches. Bundy was so confident in his dominance as a wrestler, that he famously asked referees to count to five, rather than three, when he pinned an opponent. It was his way of proving that, even with a two second addition, opponents wouldn’t be able to escape his grasp.

3. He was part of a class action lawsuit against the WWE. Bundy and several other wrestlers sued the WWE in a class action suit in 2016, claiming that the company failed to care for athletes who suffered “long term neurological injuries.” The lawsuit also alleged that the WWE kept the extent and nature of some of these injuries concealed. A US District Judge threw out the case in Sept. 2018, more than two years after it was filed.

4. He’s done some acting. In addition to his wrestling career, Bundy also had some acting gigs over the years. He appeared on Married…With Children and Boy Meets World, and also starred in the movie Moving in 1998. Additionally, he had some other small roles throughout the years.

5. He’s worked in stand-up comedy. Bundy has also tried his hand at stand-up comedy. “It’s always something I wanted to do,” he admitted in 2015. “It’s like wrestling — you work at night, and you’re not on stage forever.”