When the news broke about Kim Kardashian and Kanye West’s impending divorce, I think I can speak for a lot of Kim fans when I say that my first reaction was: I have been waiting for this day.

Of course, when they first got together, I was happy to see her happy. But… I miss the old Kim. The Herve Leger bandage dress-wearing Kim. The extremely highlighted under-eye Kim. Frankly, I just miss Kim.

I have been keeping up with the Kardashians since the show premiered in 2007. I saw Kim break up with Reggie Bush and power through a Carl’s Jr. commercial masking heartbreak with a burger (relatable, TBH). I watched her marry and then divorce Kris Humphries after 72 days.

So, when she first started dating Kanye West, it seemed they were soul mates. I gleefully watched the engagement, the wedding special, and the pregnancies. I felt this was it. Our Kimmy got her happy ending. ::sob::

And yet—insert Carrie Bradshaw voice—I couldn’t help but wonder just how much Kanye would influence her style. Soon after they got together, we all learned how controlling Kanye was over her looks. Back in 2018, Kim said during an interview, “I always thought I had really good style until I met my husband, and he told me that I had the worst style. He was really nice about it and cleaned out my whole closet. I probably had 250 pairs of shoes, and when we were done cleaning it out, I had two pairs left and I cried.” 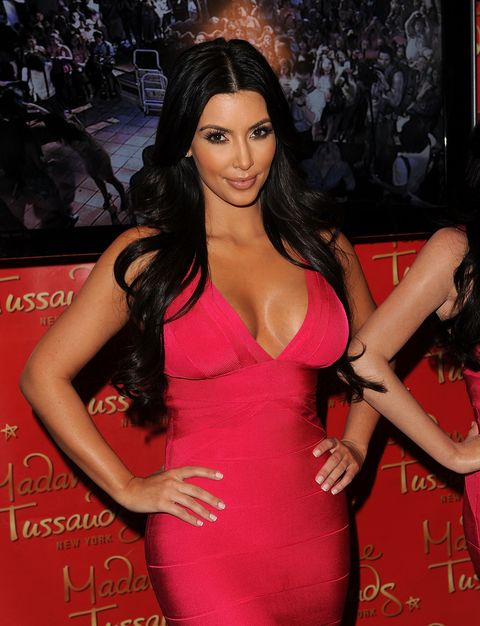 He basically turned Kimmy’s closet into a YEEZY storage facility, outfitting her in desert tones, leather, and whatever else he was sending down the runway.

On a recent episode of My Next Guest Needs No Introduction With David Letterman, Kim revealed Kanye dipped out of his tour to basically stage an intervention when he took issue with one of her Paris looks. “Kanye flew in because he didn’t like my outfit,” she said, “so he flew in [from his tour] to style me. He saw a picture of my outfit and he said, ‘I’m on the next flight.'”

And since we’re walking down memory lane, here’s a clip of Kim saying that when she and Kanye first starting dating, he and his stylist chucked everything that wasn’t “cool enough.”

All I gotta say is, if a friend told me that their new boyfriend went into their closet and completely controlled everything they wore, I would do a Spy Kids-style rescue mission and get them the f*ck outta there.

Gone were the oversized sunglasses, massive Louis Vuitton bags, and hot pink shades I’d grown fond of. Pre-Kanye, Kim was all about that 2000s glam. She was Make-Up by Mario™ flawless, had her signature middle part with loose waves. She wore a lot, and I mean, a lot of platform pumps with capris, and lived in those GD bandage dresses.

Yeah, sure, she lacked credibility in the high fashion world and she wasn’t sitting front row with Anna Wintour, but that’s what I liked about her. I enjoyed seeing her wear a colorful oversized tunic and hit Khloe in the face with a black leather bowler bag. Reality television gold, amirite? The new Kim would never. 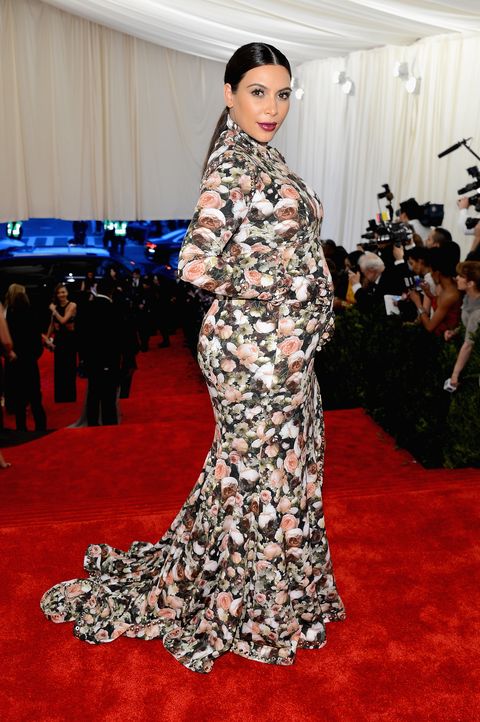 I knew we lost her for good when she wore that floral Givenchy dress to the Met Gala. You know the one. It looked like a couch, had gloves, and was something I picture the old Kimmy gawking at with bewilderment. Just seeing those pictures again makes me claustrophobic.

Yet still, I was Kimye’s biggest fan, a cheerleader of epic proportions. For years I defended them at dinner tables full of Taylor Swift stans (ily too, Taylor!). But here I am, pleading for the old, single Kimmy to come forward.

Why? Because ever since Kim got together with Kanye, her life—her entire vibe—has felt less and less authentic. From the careless cultural appropriation to the “reality show” that became just 48 minutes of them shaking their salads (and no that is not a sexual innuendo; they literally shake their salads), the realness that made so many people fall in love with Kim in the first place has dwindled away.

Yes, of course I know there was always someone behind the curtain—stylists, producers, editors, Jonathan Cheban, etc.—but it still felt like Kim had some say and was showing her fans at least a version of the real her. When Kanye started dressing Kim, she basically shed her Kimmy persona and adopted his vision of her. She became a walking runway of his creations—of his creation.

And alongside that transformation, Kim has gotten increasingly out-of-touch, even by celebrity standards.

One example: Kim’s 40th birthday party…which she celebrated…in Tahiti…with 40 of her closest friends…in the midst of a global pandemic. But even putting all that nonsense aside, what really got me was this characterization of Kimye’s relationship, as seen in Page Six. “All he did was bring over the hologram of her father Robert Kardashian,” a source said, “then got out of there as fast as he could.” Oh, just a hologram? Sure, completely normal stuff.

It may be a little gauche to celebrate the end of a marriage, but I’m choosing to see the silver lining, aka the signs that Kim may be reverting back to her old self. She was seen without a wedding ring, which is telling in itself. And during that same birthday trip in October (the one Kanye “got out of…as fast as he could”) she took photos in a sexy dress and…flip flops. *Gasp!!* She also launched a SKIMS velour collection which pays homage to her B.K. (before Kanye) days. Ahem, my Kim senses are tingling.

Only time will tell if a new era of Kim is really upon us. But a return to the innocent days of bandage dresses and belts-for-no-reason feels like just what our 2021-addled brains deserve.