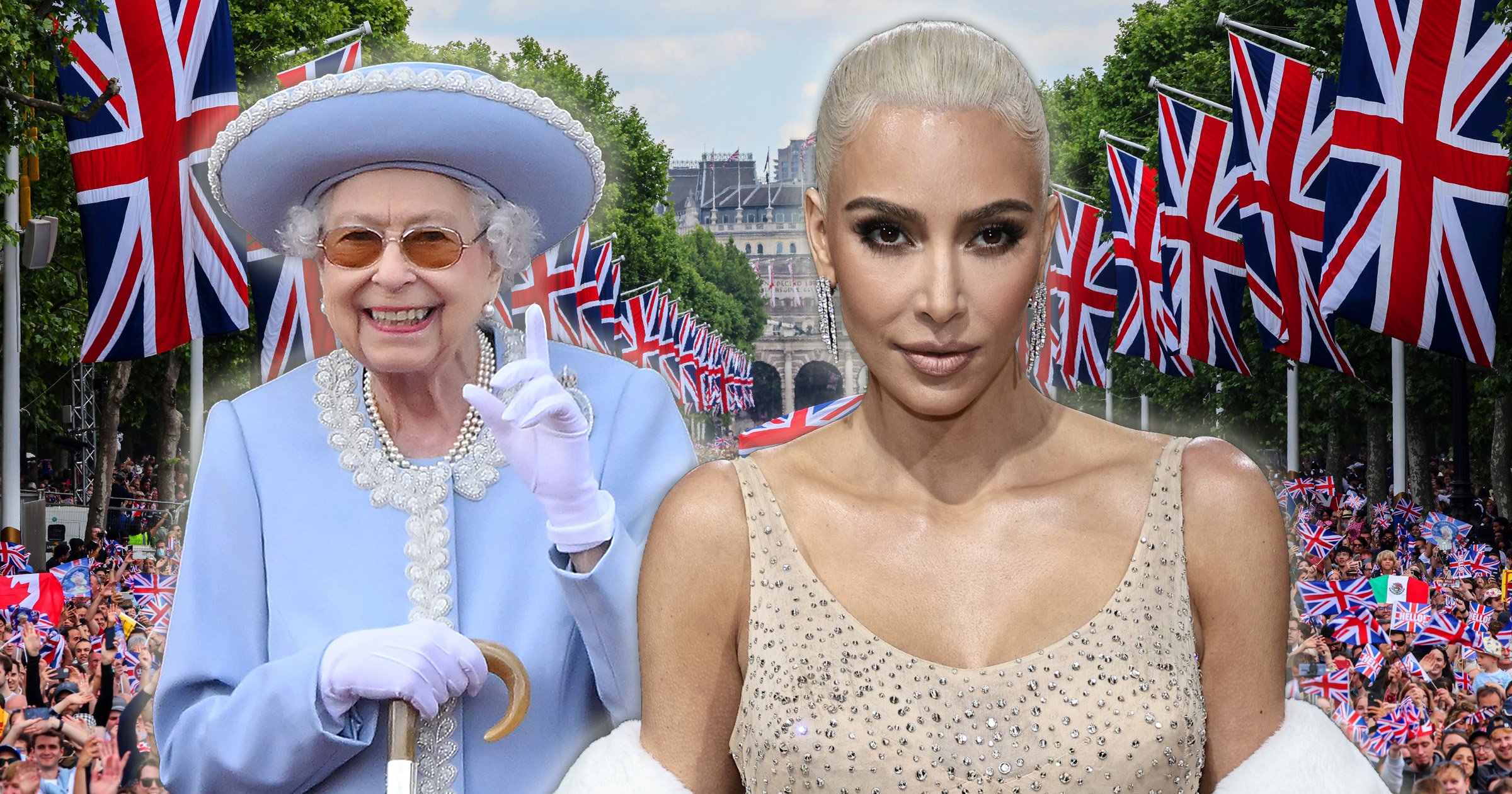 The Queen’s Platinum Jubilee Party seems to have a pretty tight guest list as Kim Kardashian was reportedly turned down for tickets to the big event on Saturday.

She and her boyfriend Pete Davidson are in the UK during the jubilee, and it’s thought that the princess of showbiz was eager to attend the concert on Saturday, which will be broadcast on the BBC.

The star’s representatives reportedly asked the Palace and the BBC for tickets to the concert, which will see the likes of Queen and Diana Ross perform, but were turned down.

A source said: ‘Kim rarely gets turned down to attend any event, so this has been quite surprising, especially as she doesn’t visit the UK often.

‘Kim and Pete love the Royal Family and really wanted to be a part of this special celebration.’

They added to the Daily Mail that Kim doesn’t mind if the tickets ‘are not VIP’.

It’s not clear whether the jubilee, which celebrates the Queen’s 70 years on the throne, is the only reason for Kim and Pete’s visit to London.

Kim, 41, and Pete, 28, haven’t been spotted much so far in the capital, but were seen heading out for a shopping trip in Mayfair.

Queen and singer Diana will be joined by musicians like Alicia Keys and Andrea Bocelli with a pre-recorded performance from Sir Elton John at Buckingham Palace on Saturday June 4 for the big celebration, alongside non-musical guests including  Sir David Attenborough and Stephen Fry.

The concert, named the Platinum Party, will last around two and a half hours, celebrating Queen Elizabeth II’s 70 years on the throne, and will be broadcast on the BBC.

Queen and Adam Lambert will open the festival, which will see 22,000 people attend, including 10,000 tickets to be released to the general public (while thousands of key workers will also be invited).

Eurovision’s Sam Ryder, who made history at the song contest, will also perform.

Metro.co.uk has contacted reps for Kim Kardashian and the BBC for comment.

Taking place from Thursday, June 2, to Sunday, June 5, the celebrations mark Her Majesty’s record-breaking 70th year on the throne.

Across the UK, there will be street parties, concerts, and other special events attended by the Queen and senior members of the Royal Family.