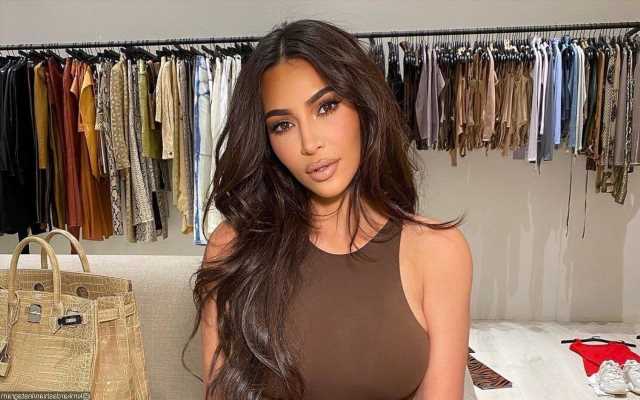 Seven former gardeners and maintenance staff have accused the ‘Keeping Up with the Kardashians’ star of failing to properly pay their wages, refusing to pay for overtime and not giving them meal breaks.

AceShowbiz –Kim Kardashian seemed to be washing her hands of unpaid wages issue regarding her former gardening and maintenance staff. Having been slapped with a lawsuit by seven ex-staffers over working conditions at her Hidden Hills home, the “Keeping Up with the Kardashians” has through her representative blamed the problems on a third-party vendor.

“These workers were hired and paid through a third-party vendor hired by Kim to provide ongoing services,” the rep stressed in a statement issued on Monday, May 25. “Kim is not party to the agreement made between the vendor and their workers, therefore she is not responsible for how the vendor manages their business and the agreements they have made directly with their staff.”

The representative for the 40-year-old further added in the statement, “Kim has never not paid a vendor for their services and hopes that the issue between these workers and the vendor who hired them can be amicably resolved soon.”

The lawsuit against Kim was filed in Los Angeles on Monday by Andrew Ramirez, his brother Christopher Ramirez and son Andrew Ramirez Jr., as well as Aron Cabrea, Rene Ernesto Flores, Jesse Fernandez and Robert Araiza. They are seeing damages and other penalties for unpaid wages and overtime.

In the suit, the ex-staffers claimed that Kim failed to properly pay their wages and refusing to pay for overtime. They additionally claimed that she docked 10 percent of their wages for taxes , but did not report it to the government. When one of them brought up the issues including the lack of proper meal and rest breaks, he was fired on the spot.

Frank Kim of law firm Kim Legal, who represented the ex-staffers, told the Daily Mail,”Wage theft and other workplace violations are a widespread problem in Los Angeles.” He added, “My firm is currently investigating other potential violations against these defendants, as well as other powerful families and businesses on behalf of everyday workers.”

A source close to Kim, however, pointed out to Page Six that the ex-wife of Kanye West “does not have a history of not paying her bills on time – never has and never will.” The insider stressed, “She takes a lot of pride in paying people on time for their work so this issue has nothing to do with her and these workers are suing the wrong person.”