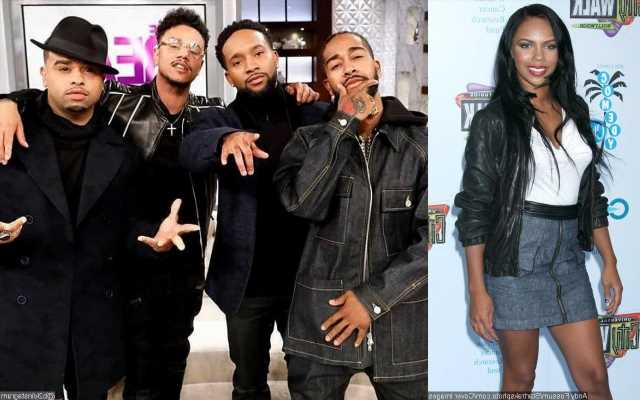 When opening up about her entanglement during an interview with Carlos King, the ‘No More (Baby I’ma Do Right)’ singer says she had it will all of them except for Omari [aka Omarion].’

AceShowbiz –Kiely Williams has justified her past “entanglement” with three members of B2K. In a recent interview with Carlos King, the 3LW singer said, “Everybody has their h*e days!”

The 36-year-old singer first opened up about the entanglement after Carlos asked her, “Did you ever date Raz B from B2K?” In response, she replied, “Date is a loose word. I wouldn’t give that definition. I think I said, ‘entanglement,’ will all of them, except for Omari [Omarion].”

Carlos then interjected, “Wait, entanglement means…at the same time?” It prompted the “No More (Baby I’ma Do Right)” singer to explain, “I can admit it. Everybody has their h*e days! Let them have them! We can look back on them days when we’re older and be like, ‘Yeahhh. I was out there thot, thot thotting!”

Still left in disbelief, Carlos confirmed, “Ok. So, Kiely, [Lil Fizz], J Boog, Raz B…at the same damn time?” The musician then clarified, “Only one time, that’s only a one-time thing … Look! Everybody has to make mistakes.”

Kiely then poked fun at herself after acknowledging that her interview with Carlos would go viral. “I love that that’s going to be the headline: ‘Kiely’s A S**t.’ Yesss, that’ll be a new one for me,” she quipped.

Kiely, who first mentioned her entanglement in 2021, went on to double down on her opinion. “Hey, you need to have a h*e phase. And they were cute back in the day!” she said, to which Carlos replied, “I know! Of course they were. But now we see they’re older.”