The 50-year-old singer announced that the single and a music video would be released Friday on his Instagram account.

The musician posted an image of the Statue of Liberty wearing a face mask in his teaser. 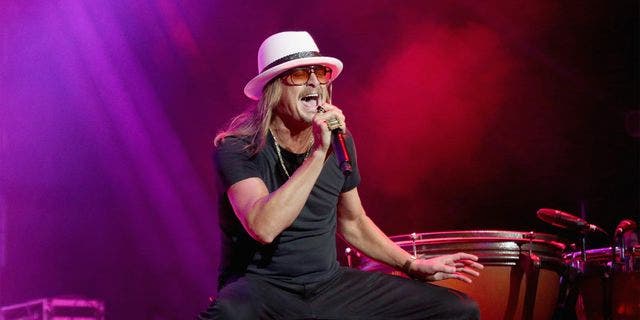 “Remember this? S–t gets real this Friday Nov. 19th,” he captioned the black and white photo.

Kid Rock’s newest single comes after the rocker revealed his plans to release a 50-track album, although the plans have since been derailed due to the pandemic. The album would include 10 hip-hop tracks, 10 country tracks, 10 rock tracks and 20 unreleased songs, according to the Detroit Free Press. 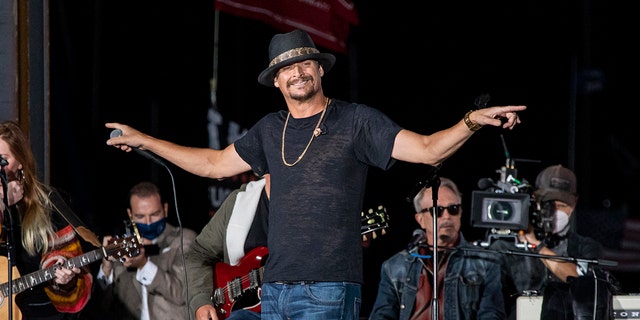 The song will be released Friday, Nov. 19.

However, the tour that would accompany the album probably won’t happen until 2022, Kid Rock admitted at his 50th birthday party. The tour would stop in 50 cities and kick off in the singer’s home city of Detroit, the outlet reported. 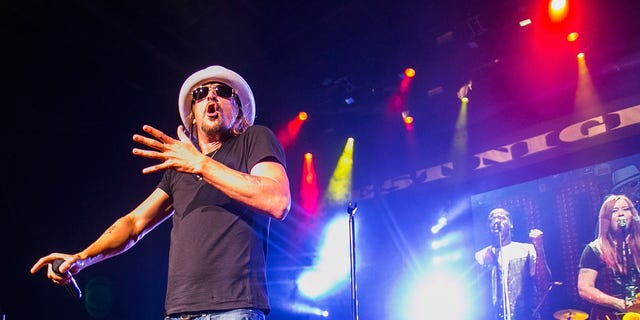 The song comes after Kid Rock revealed he wanted to create a 50-track album consisting of his best songs and unreleased music.
(Scott Legato/Getty Images)

The tour will likely be his last.

“I don’t want to be Mick Jagger up there,” he said, according to the outlet. “I will say that’ll be the last time you can see me at my peak.”

In August, Rock canceled concerts after “over half” of his band tested positive for coronavirus. He confirmed the news at the time in a string of tweets after a post by Billy Bob’s Texas said the Aug. 27 and 28 shows were canceled.

In his tweets, Rock noted he was vaccinated and did not have COVID.

Earlier this summer, Rock made headlines when he used a homophobic slur and then doubled down on it.