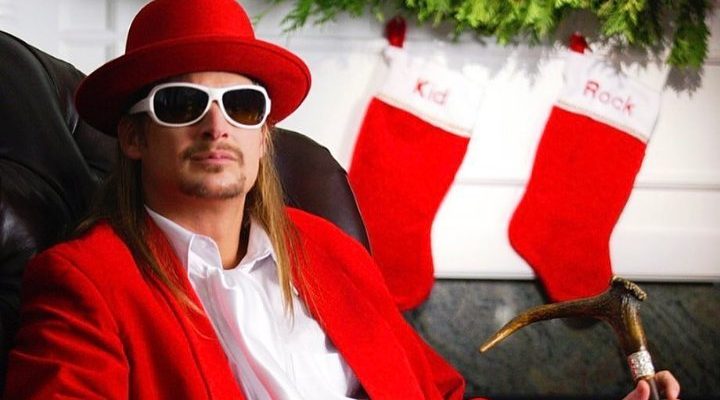 AceShowbiz –
Kid Rock‘s recent controversial comments on “Fox & Friends” has cost him his Grand Marshal role at the 2018 Nashville Christmas Parade, but it looks like there’s still hope for him. It has been reported that there is a split among the parade’s sponsors over the decision.

In a statement released by organizers on Friday, November 1, it was said that Rock would be replaced by James Shaw Jr., better known as the Waffle House Hero for his effort to thwart a mass shooting in the city back in April. Despite the announcement, Steve Smith, one of the co-organizers of the parade, has vowed that 47-year-old will remain as the grand marshal.


“Until someone reimburses us, he will be in the parade tomorrow morning and he will be the grand marshal,” Smith told reporters via conference call. “All this got started over something stupid, and I can’t believe it got this far. I’m sorely disappointed in how far this got. I don’t know why the city is all up in arms about this. I guarantee you the public will stand behind Kid Rock.”

It seems like it will be hard to make Rock keep his honorary title though, as Mayor David Briley has threatened to sit out the event if the singer remains the grand marshal.

This arrives in the wake of Rock griping about how people are too politically correct these days and urging them to stop being so sensitive. “It’s so hard for people just to get past that we can disagree and still be cordial with one another,” he said, adding that people should be able to “talk about things without going at each other throats and protesting everything.”

“You know, love everybody,” he went on saying. “Except, I’d say screw that Joy Behar b***h.” Shocked by his remark, “Fox & Friends” co-host Steve Doocy responded, “You cannot say that. We apologize for that.”

Behar herself was quick to fire back in the latest episode of “The View“, inviting Rock to come to her show. “This b***h and these b****es will be happy to have you on the show and have a beer,” the comedian said.