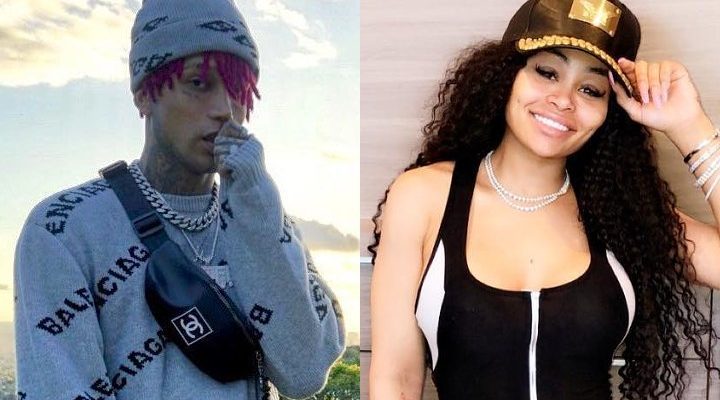 AceShowbiz -The back and forth between former couple Kid Buu and Blac Chyna has yet to be over. Following their alleged massive fight in Hawaii, the exes have been at each other’s throats on social media.

Kid Buu appeared to throw shade at the Lashed Bar owner in his recent Instagram Stories post. “Your mother was right. You did invited the devil into your Home…,” so he wrote in his post. It seemed like Kid Buu was making a reference to Chyna’s mom Tokyo Toni’s remarks back in summer 2018 when she called the former “Rob & Chyna” star a “demon child.”

The rapper then added, “only thing is the devil isn’t me.”

It didn’t take long for Chyna to respond. Seemingly hitting back at her ex-boyfriend, she wrote, “Never go outta your way for other people(period)!”

This arrives after Tokyo suggested that Dream Kardashian, Blac’s daughter whom she shares with ex-fiance Rob Kardashian, should be in the custody of Rob instead, considering the wild news surrounding Chyna lately. “I don’t think nothing is wrong with children going with their dad ’til their mothers get, you know, better,” Tokyo said to TMZ on February 7.

“I don’t know if they should keep them, but I do believe that [they should] for a little while ’til she pulls her thing together. Because it’s clear — very clear, doesn’t take a rocket scientist to figure it out — that something is terribly wrong,” she continued saying.

The 47-year-old, whose real name is Shalana Hunter, then proceeded to blast Chyna for dating Buu, who had been booked on child abuse charges. “She’s crazy for messing with him,” Toni noted. “Second of all, you have him coming around my kids? That’s crazy… He has accusations of child abuse … My grandson don’t need to see than, or my granddaughter for that matter.”

Recent weeks have been tough for Chyna. Following a police visit over report saying she neglected her children, the vixen got into a fight with Buu during their vacation in Honolulu, Hawaii. Cops confirmed that the case is currently under investigation.