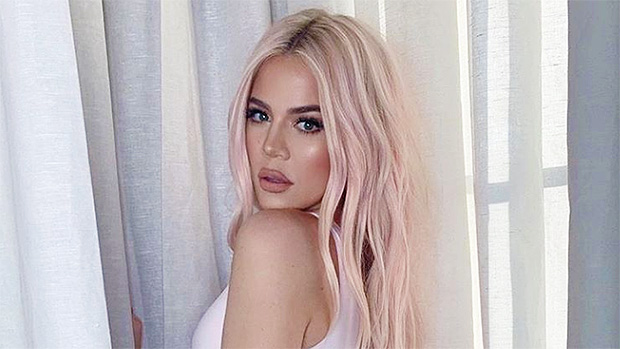 Ok, it’s official: Khloe Kardashian has NEVER looked better. The star showed off her tiny waist in a new Instagram post & fans are obsessed with the pic.

Khloe Kardashian, 34, is seriously in the best shape of her life. The Keeping Up With The Kardashians star posted an Instagram photo on Dec. 20 that proved just how hard she’s been working at the gym. In the series of photos, Khloe gave us pastel pink vibes, with blush-colored hair, a pink bra, and track pants. It was her washboard abs that really were the focus though, and clearly, Koko has been doing her crunches! Her stomach was flatter, and more toned than ever before in the pic, and fans were shook after seeing Khloe’s post!

The comments instantly rolled in after Khloe shared the new pic, and they were all SO positive! “You look AMAZING!!! Wow!! 🔥🔥🔥” one fan wrote below the post. “Koko you become skinnier day by day 💕 so perfect,” another said. “Them abs though… 🔥” a third wrote, taking note of her flawless abs. Some even admitted that the reality star is their motivation when it comes to fitness. “You just motivated me to workout. Thanks love. You look great!” one person said.

Khloe was decked out in Calvin Klein in the sexy new post, and according to the caption, the photo was an ad for the brand. The reality star was looking every bit the part of a mermaid thanks to her pink locks! The flawless pic arrived just 8 months after Koko gave birth to her first child, daughter, True Thompson, proving that she’s got her post-baby bod routine down to a science. In fact, since her baby girl arrived, Khloe has pulled out a number of jaw-dropping, post-baby style looks!

Khloe’s ab-revealing snapshot comes three days after she posted a series of messages to her Instagram stories. The cryptic messages seemed to be an attempt at silencing haters. “Do what you feel in your heart to be right. You will be criticized anyway,” read one post. “In order to love who you are, you cannot hate the experiences that shaped you,” read another. She also posted a Bible verse from Corinthians 16:14 — “Let all that you do be done in love,” she added.