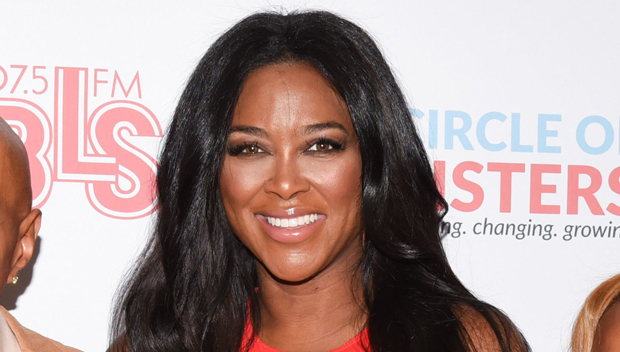 Baby Brooklyn is ahead of the curve, as she’s already starting to form words at just four months old. Watch the adorable video Kenya Moore shared of her mini me trying out a greeting.

Kenya Moore, 48, just gave birth to daughter Brooklyn, in Nov. 2018, and her baby is already tackling a vocabulary. The mother-daughter duo tried to hold a conversation, as seen in a video Kenya posted to Instagram on March 6. “Say hi!” the former Real Housewives of Atlanta star told her daughter, and Brooklyn kept replying with the baby equivalent of, “Hiiiiiiii.” She really was trying, as you can hear in the sweet clip below. It’s impressive that Kenya’s mini me is already forming words, as the CDC reported that four-month-old babies’ communication skills are usually limited to “babbles with expression and copies sounds he hears.” But we swear we could hear a “hi” in there!

Ever since Kenya welcomed Brooklyn with husband Marc Daly, she has been steadily updating her Instagram feed with adorable pictures and videos of their baby. But it’s not all rainbows and sunshine, as the Bravo star has been candid about her journey as a first-time mother. Sometimes Miss USA 1993 doesn’t “have time” to do her hair, and she was even “kicked out of a restaurant” for changing Brooklyn’s nappie, which Kenya revealed on Feb. 28.

Kenya has also shown her 1.5 million Instagram followers the amazing progress her post-baby body has made in just three months, after posting photos from a bikini photo shoot in Jan. and Feb. 2019. “Thanks for all of the positive comments and DM’s about my ‘SNAP BACK’. I gained so much weight carrying my little bundle of joy but every pound was worth it when I look at her,” Kenya wrote under one of the bikini reveals. By the end of February, she had dropped nine pounds “in just a few weeks.” Kenya credited her success to one Body Complete RX shake a day in lieu of a meal, supplements and the occasional workout.

Kenya’s treasuring every moment she can with Brooklyn, especially after battling such a difficult pregnancy. The beauty pageant queen underwent an emergency C-section because of her preeclampsia, a pregnancy condition associated with high blood pressure and swollen hands and feet.