Kendall Jenner was one of the many models and celebs to walk the runway for Vogue World at New York Fashion Week, and wore an outfit that I will be recreating (like right now, on the couch): a white tank top, black underwear, and a sheer dress that’s only function here is pretty much to provide some sparkles. 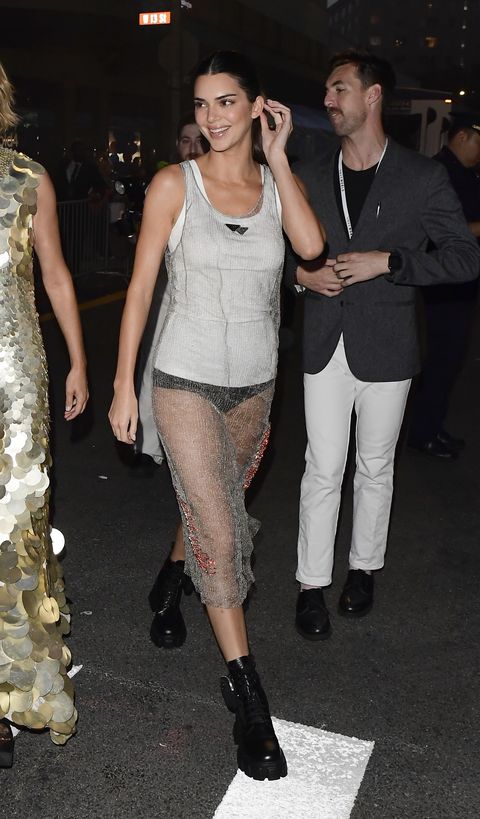 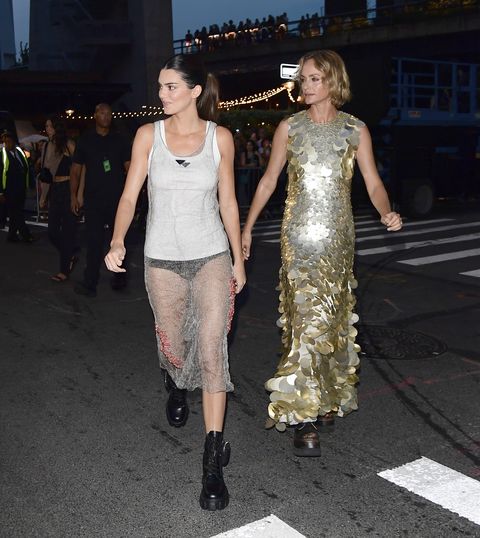 (Psst: while Kendall’s look is Prada, pretty sure you could recreate it wearing House of Hanes for a similar effect.)

In other Kendall news, she just opened up about being overworked during the early parts of her career, saying she says “no” more and has better boundaries for herself.

“There was a long period of time, I’d say the core five years of it, that I was extremely overworked,” she told the On Purpose podcast (via Yahoo!). “Not my happiest—not because I wasn’t doing what I loved, but just because I was overwhelmed and I felt like I was saying ‘yes’ to everything because I felt really, really grateful and really honored to be in the position. So I was always saying ‘yes’ and it just took a lot out of me to the point where I just wasn’t happy anymore. And so, I had to set those boundaries for myself. I said I want to continue to do this because this is what I love, but I need to start saying ‘no’ when I can and prioritizing me and prioritizing, like, you know, my happiness and my well-being — and it has done wonders for me. I feel like I can show up better for myself and I can show up a better person for the people that get to be around me that day and that I work with on that day.”

Love this for her!