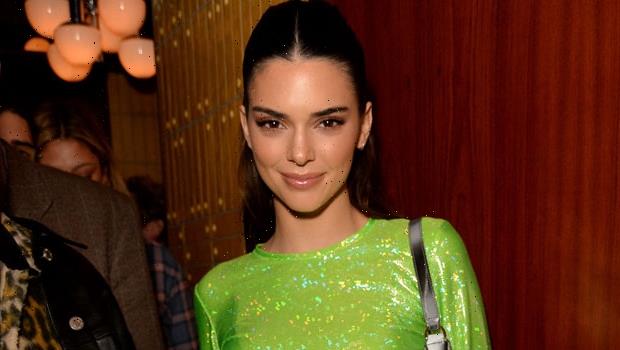 Kendall Jenner took to Instagram to share gorgeous new photos of herself relaxing on a yacht in Italy and posing with the clear blue water behind her as she enjoyed time with her boyfriend Devin Booker.

Kendall Jenner, 25, is basking in the summer glow in her new photos. The model showed off a fashionable sleeveless neon green dress that was long and had a plunging neckline as she posed on a yacht during her latest romantic getaway in Italy with Devin Booker, 24. Although her NBA player boyfriend wasn’t featured in the pics, the smile on her face in some of them proved she was having a great time with him while taking in the sights of the clear blue water and mountains in the beautiful location they were in.

“Kenny wow,” Kendall cheekily captioned the post of the photos. Once they went public, her fans couldn’t help but compliment her incredible look. “So beautiful,” one fan wrote while another pointed out that she was “living her best life.” A third shared a comment about how happy she looked and a fourth said the neon green was her color.

Before Kendall shared her green dress pics, she made headlines for ditching her clothes for a sexy new handbag ad campaign. The Keeping Up with the Kardashians star posed while hanging from a rope and flaunting a pink Jacquemus handbag over one shoulder. She wore only pink knee socks and pink slip-on heels and had her long locks down as she gazed out in the distance with a serious expression. 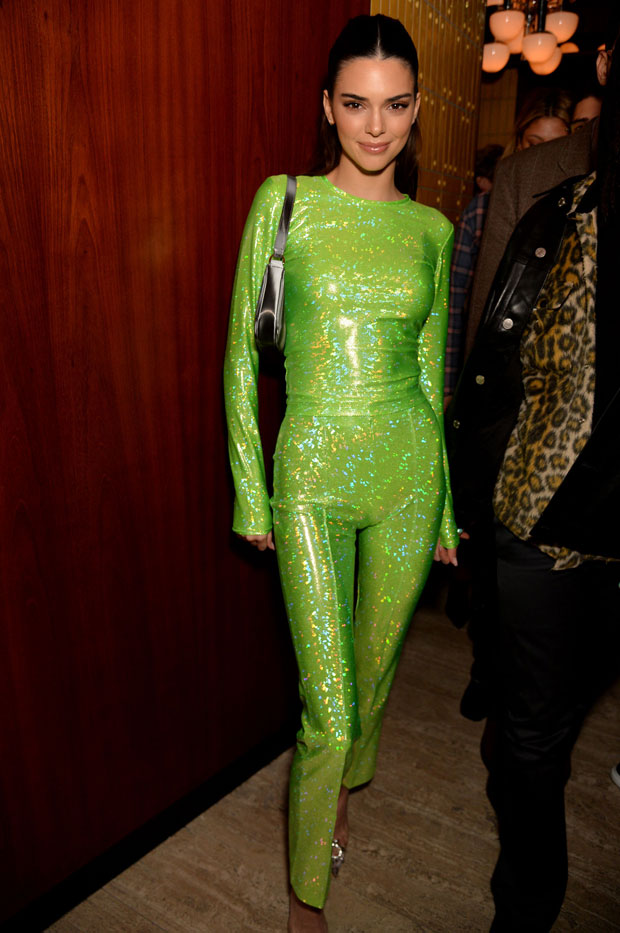 Kendall’s romantic life and modeling career always seem to get attention on a regular basis. She’s been spending her summer relishing in both and was photographed hanging out with Devin in Sardinia on Aug. 20. She kept him close as they had fun on a boat with friends and she was seen taking photos with her phone as some of them jumped in the water.

She also celebrated Devin’s Olympic gold medal win, which he achieved with the U.S. basketball team at the Tokyo Olympics. The hunky athlete shared a photo of her wearing the medal around her neck while laying back on a boat at a lake on Aug. 17.