Self-proclaimed Cosmo girl Kelsea Ballerini is having a cosmic kind of week. Just as her song “half of my hometown”–a deeply personal tune about Knoxville—went #1, she geared up to take the stage at the 2022 Academy of Country Music Awards with none other than Dolly freakin’ Parton.

“Those are God or the universe’s way of telling you that you’re on the right path and going where you’re supposed to,” she told Cosmo while halfway through glam ahead of the show. 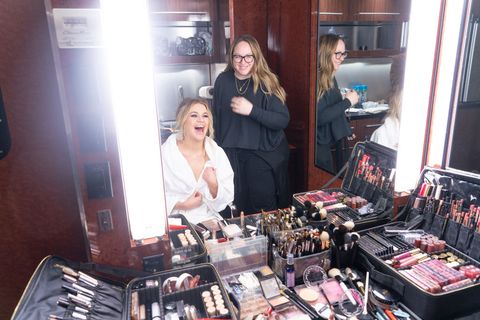 Ever generous, Kelsea let us be a fly on the wall as she talked through her upcoming performance and, of course, the fashion of it all. Her first look was all Saint Laurent, a sleek, black number that packed a punch on the red carpet. 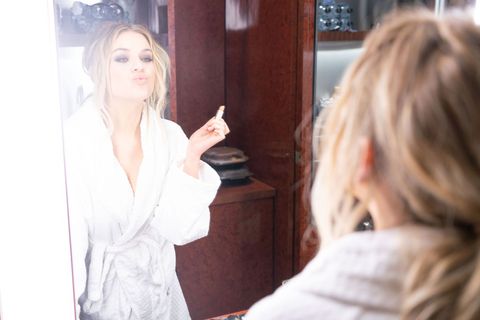 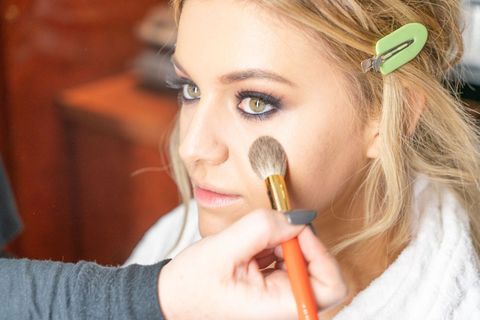 “It’s very classic, but we are going to indulge in accessories to make it a little more Vegas, a little more Hepburn-feeling,” Kelsea said. “It’s the first time the ACMs have been back in Vegas for two years and being a little larger than life is more than accepted. So we’re going to amp it up quite a bit with some bling!” Her favorite part? The back, naturally, for showing *just* the right amount of skin. 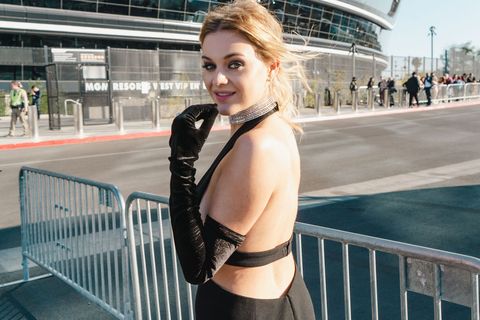 The sparkle certainly suits her in the spotlight, but it was ultimately a precursor for a far different on-stage look during her performance of Dolly Parton’s song “Blue Dreams and Faded Jeans” alongside Dolly herself. 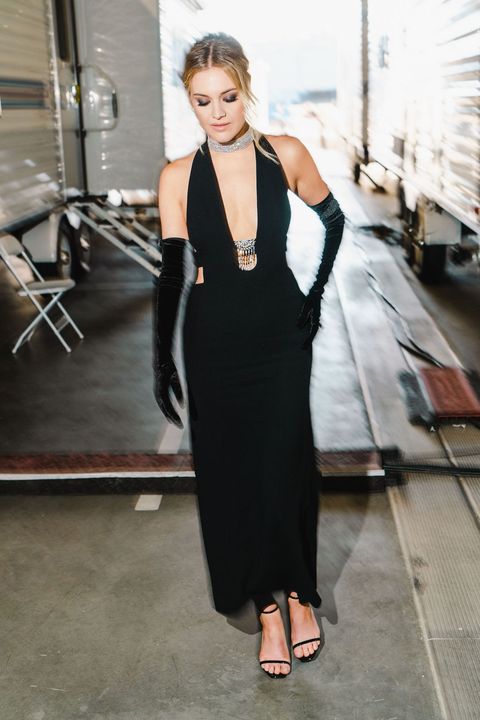 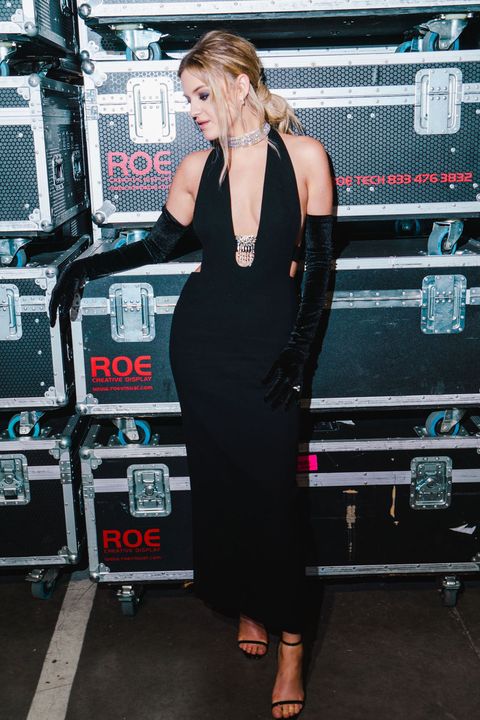 “There is something that happens [with Dolly],” Kelsea told Cosmo. “The air changes when she walks into a room. It’s a force of a living legend, and she’s just so lovely and articulate and smart and a boss; She’s like, ‘Fix the prompter!’ [laughs] She gets it done! It’s a learning experience to work with someone who has had a career like she’s had, but also she cracks jokes like it’s her job. It’s been incredible.” 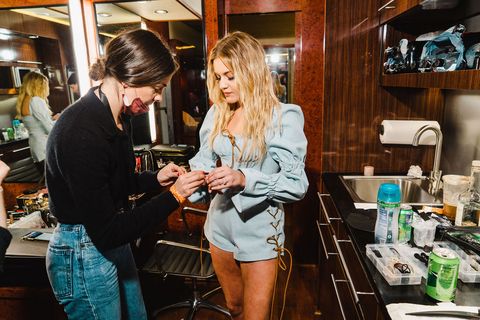 Kelsea’s denim-centric custom stage romper was a complete 180 from what she brought to the red carpet, and it was extra special because her and Dolly’s camps planned it all together.

“Our stylists talked about how to make the outfits match the song. You know, we’re both from East Tennessee. We both grew up out there. We are both blue jean girls, so we have these sick custom blue jean outfits. We’re going back to East Tennessee! She’s wearing a cowboy hat, I’m wearing cowboy boots. We’re getting our yeehaw on.” 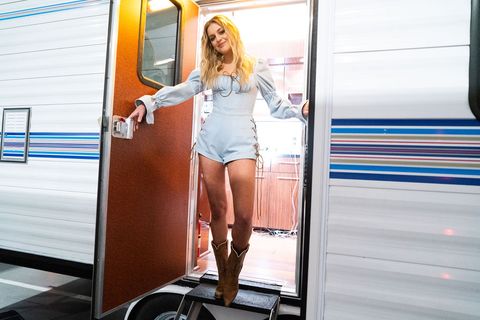 “Matching denim looks” may be the stage of friendship Dolly and Kelsea are in now, but when they first met, Kelsea played interviewer to Dolly’s interviewee as part of a Q&A series, and the joke Dolly cracked has stayed with Kelsea to this day.

“I had prepared all these thoughtful questions about how East Tennessee impacted her music and what it’s been like defying the odds and being such a successful woman in country music, and then my very last question was, ‘Dolly. How do you play guitar with your nails like that?’ And she didn’t miss a beat. She looked at me and deadpanned, ‘Good. I play it real good.’ [laughs] And that was my first interaction with Dolly. Just to be able to show up to these shows so much time later, and still be having success, and then share the stage with her, it’s full circle.”

It is full circle. Some might even call it cosmic. For more Kelsea Ballerini, check out “half of my hometown,” below: