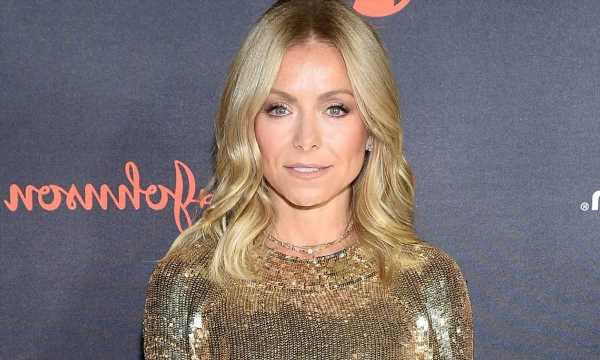 Kelly Ripa is gearing up for one of her favorite times of the year at work, and viewers are just as excited!

Next week, the TV star will be transforming her appearance alongside co-star Ryan Seacrest for the annual Live with Kelly and Ryan Halloween extravaganza.

The former All My Children actress has been known to go all out with her outfits over the years, having transformed into everybody from Barbie to Morticia Addams.

Kelly and Ryan’s costumes will have references to hit TV shows from the past year, including The Queen’s Gambit, Emily in Paris and The Masked Singer.

The Halloween countdown will kick off from 25 October and lead up to the main event on 29 October.

A post shared by LIVE with Kelly and Ryan (@livekellyandryan)

Kelly Ripa will be transforming into some epic costumes next week

Already excited for Halloween, Kelly recently shared a fun throwback photo of herself and Mark Consuelos dressed up for Halloween in 2019.

The couple, who have been married for 25 years, opted to go as a Day of the Dead-inspired bride and groom. “#tbt 2019 Matrimonio,” Kelly captioned the photo, which was taken in front of a black door surrounded by large pumpkins.

This year will be Kelly and Mark’s first Halloween as empty-nesters, making the occasion bittersweet.

Kelly and Ryan are no strangers to dressing up for Halloween

The doting parents have enjoyed spending the spooky festivity with their kids and go all out with costumes, but now all three of their children have moved out of the family home.

In September, Joaquin, their youngest, left to go to college. What’s more, unlike his older siblings Michael and Lola, he opted to study away from their hometown of New York, and instead has moved state to Michigan.

His university admission is even more special to his proud parents, as Kelly explained back in February during an episode of Live with Kelly and Ryan.

The actress opened up about Joaquin’s learning disorders, including dyslexia and dysgraphia. At the time, the teenager was deciding on a college, and Kelly told co-host Ryan Seacrest that it had been an emotional time for her and Mark as parents.

“Mark and I were Facetiming the other night, and you’ll be surprised to know – because you’re nothing like this at all – Mark got very emotional and choked up and said, ‘I never thought he would be able to go to college,’ because he was profoundly dyslexic and dysgraphic.”