In shock. Kelly Ripa has known the late Luke Perry — who starred alongside her husband, Mark Consuelos, on Riverdale — for many years and still can’t believe that he’s gone.

“It’s a tough day around here, it really is,” Ripa, 48, said while holding back tears on the Tuesday, March 5, episode of Live With Kelly and Ryan. “We lost great friend to the show; a great guy. Luke Perry passed away yesterday very, very, very shockingly. And I am still stunned. I woke up this morning thinking that there had to have been a mistake.”

The All My Children alum continued: “I have to say, this was a good, good man. You won’t see a person say otherwise. He is a good man, a good soul. Conscientious, a gentleman, a dear friend of our family … of the Live family.” 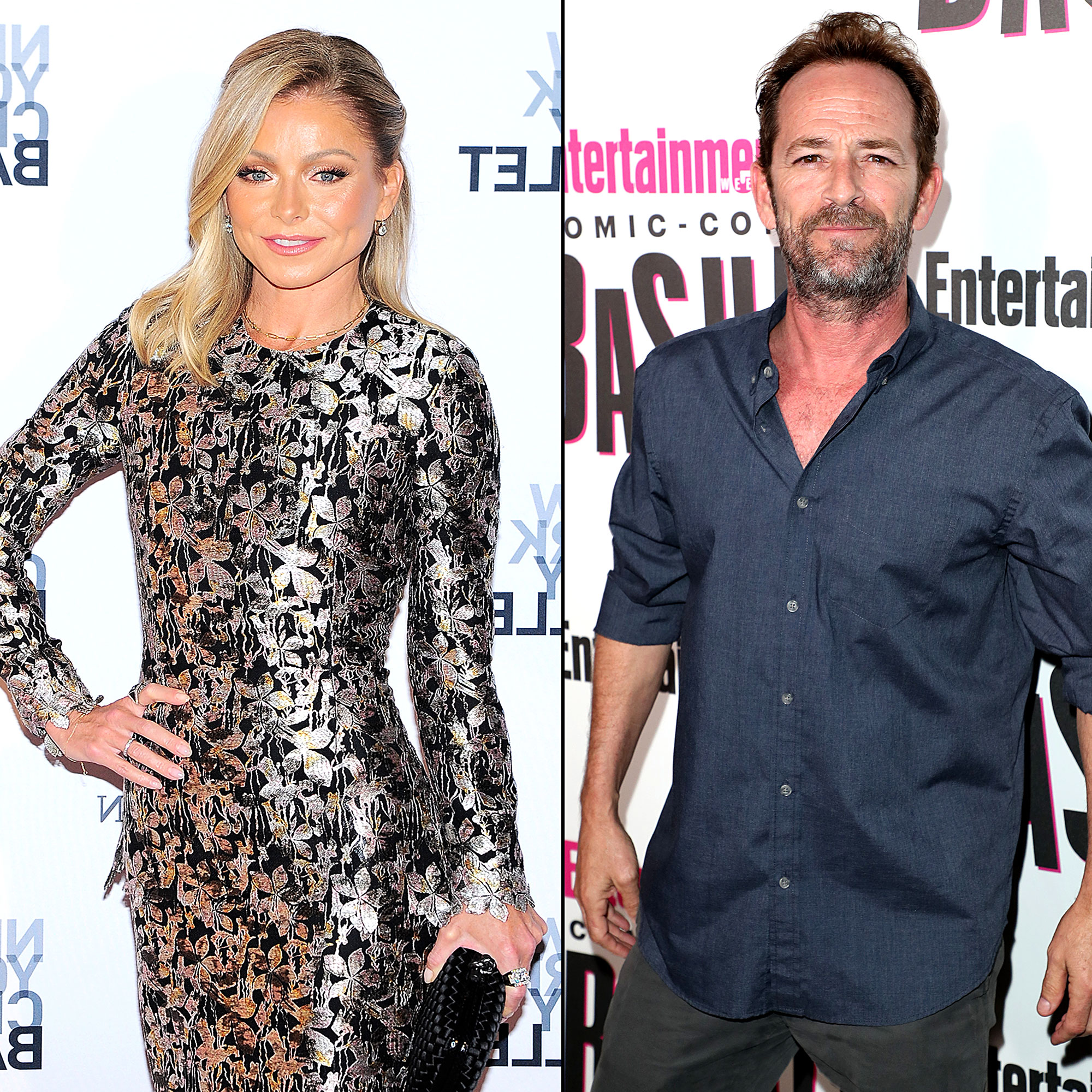 Ripa’s cohost, Ryan Seacrest, also shared kind words about the former Beverly Hills, 90210 actor. “Over the years he charmed us, he entertained us … he made us smile,” the American Idol host, 44, said. “Luke Perry will definitely be missed.”

The longtime talk show host’s voice cracked as she added: “Our thoughts are with his family, of course, and his beloved children who he really thought about constantly. Like, that’s why he, like, went to work. They really were in his thoughts all the time.”

Perry played Archie Andrews’ (KJ Apa) dad, Fred Andrews, on Riverdale since it premiered in 2016. Consuelos, 47, joined the cast of the CW series as the father of Veronica Lodge (Camila Mendes), Hiram Lodge, at the start of season 2. Ripa, for her part, made her Riverdale debut as Mrs. Mulwray on one episode in January.

The Oz star suffered a massive stroke at his Los Angeles-area home on Wednesday, February 27. He was transported via ambulance to a local hospital where he remained “under observation” by doctor, but tragically died just five days later. He was 52.

The late actor’s rep confirmed the news of his passing to Us Weekly on Monday, March 4: “[Perry] was surrounded by his children Jack and Sophie, fiancée Wendy Madison Bauer, ex-wife Minnie Sharp, mother Ann Bennett, stepfather Steve Bennett, brother Tom Perry, sister Amy Coder and other close family and friends. The family appreciates the outpouring of support and prayers that have been extended to Luke from around the world, and respectfully request privacy in this time of great mourning. No further details will be released at this time.”