Looks like Kelly Clarkson and Brandon Blackstock’s divorce has taken a turn for the messy, because she’s out here claiming in legal documents that the management company he owns with his father Narvel Blackstock (Starstruck Management) allegedly defrauded her out of millions of dollars. Yikes.

According to Us Weekly, Kelly filed legal documents that claim her agreement with Starstruck Management was a “fraudulent and subterfuge device” that allowed her managers to perform “illegal services.” The documents also allege that Brandon and Narvel were not licensed agents in California despite presenting themselves as such. 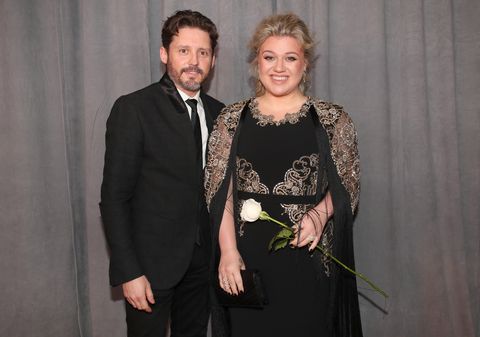 Just FYI, this lawsuit messiness actually started thanks to Narvel suing Kelly in September (she countersued in November), claiming she owed $1.4 million in unpaid commissions. Per Variety, his complaint reportedly stated:

Narvel is actually the one who introduced Kelly to Brandon, whom she married in 2013. They split in June, and Kelly opened up about the breakup on her show, saying, “2020 has brought a lot of change also to my personal life. Definitely didn’t see anything coming that came.”