Kaye Adams admitted it was the ‘right result’ after being named as the first contestant to leave Strictly Come Dancing following a dance-off with former Bros star Matt Goss on Sunday evening.

Both couples went through their routines again, with Kaye and her dance partner Kai Widdrington performing their Charleston to Music! Music! Music! by Dorothy Provine.

Then, Matt and his dance partner Nadiya Bychkova performed their Samba to Night Fever by the Bee Gees in a bid to impress the judges and remain in the competition. 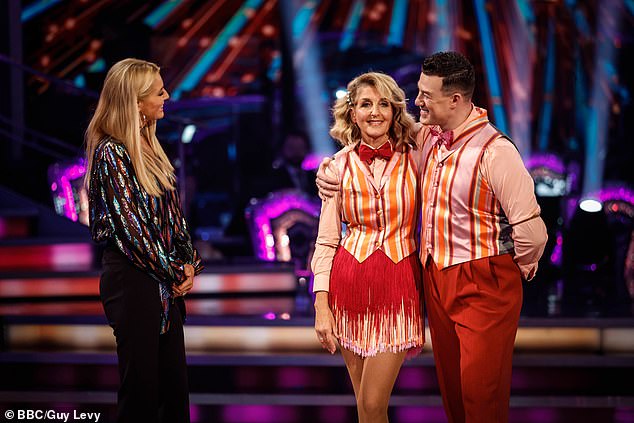 All over: Kaye Adams admitted it was the ‘right result’ after being named as the first contestant to leave Strictly Come Dancing wit5h partner Kai Widdrington on Sunday evening

After both couples had danced a second time, the judges delivered their verdicts, with Craig Revel Horwood chose to save Matt and Nadiya.

Craig said: ‘Well the couple for me, that I considered danced the best on the night, and the couple I would like to save is Matt and Nadiya.’

Motsi Mabuse also chose to save Matt and Nadiya, adding: ‘Well that was so close, both couples made mistakes. I feel like they were on the same level, but one couple was a little bit better for me, and I am saving Matt and Nadiya.’

Confirming the result, Anton Du Beke said: ‘Well it wasn’t a vintage dance off, and I know exactly how they feel and I’ve been in that position many times myself and I think if you had the chance you would like to go again, both of you. 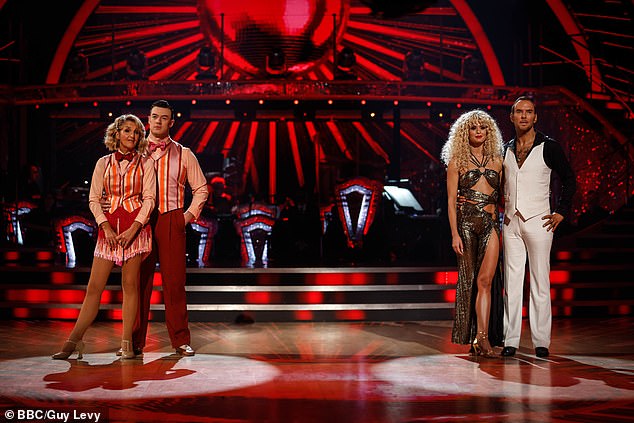 Farewell: Both couples went through their routines again, with Kaye and her dance partner Kai Widdrington performing their Charleston to Music! Music! Music! by Dorothy Provine 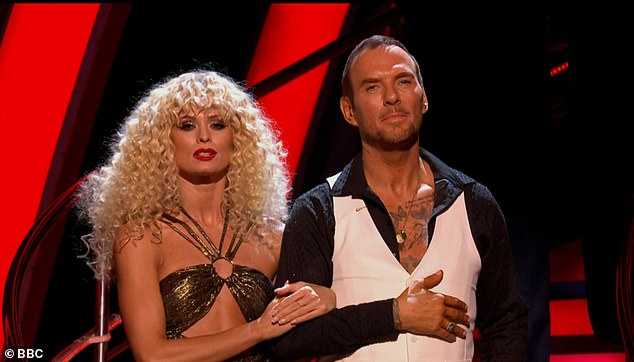 Tense: Kai’s girlfriend Nadiya was also in the bottom two alongside Matt 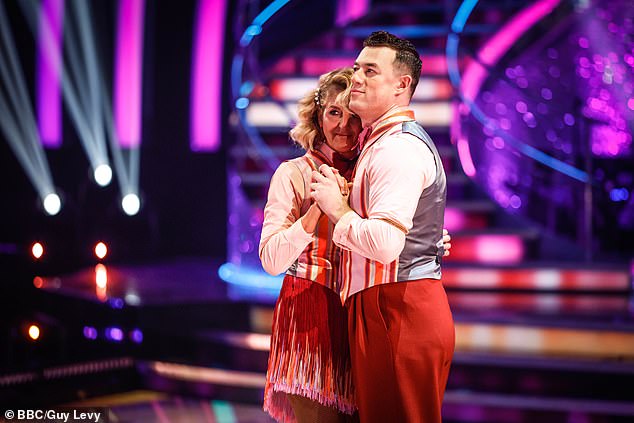 Not to be: After both couples had danced a second time, the judges delivered their verdicts, with Craig Revel Horwood chose to save Matt and Nadiya

‘There were a lot of mistakes for both couples, I felt that one couple lost performance as well, and because of that I would like to save Matt & Nadiya.’

With three votes to Kaye and Kai, it meant they had won the majority vote and would be leaving the competition regardless, however Head Judge Shirley Ballas said she would have decided to save Kaye and Kai.

When asked if she agreed with the other judges, she said: ‘I didn’t, I thought due to a little better quality, I would have saved Kaye and Kai.’

Reflecting on her brief Strictly experience, Kaye admitted she had no argument with the judges’ decision to let her go.

She said: ‘It was the right result and I did make mistakes, and when it comes to that high pressured situation that’s what happens.

‘So I am delighted for Matt and Nadiya, the only person I am just sorry for is this wonderful man [Kai], who has just been so brilliant…It was a hell of a lot of fun, I said my ambition was to learn to love to dance, and actually I have seen a whole new side to myself, it’s opened a little door.

‘It’s been a wonderful experience and to spend time with such talented people who love the show so much has been a joy!’

A disappointed Kai added: ‘Well, you know, only we know how much real hard work has gone into this. There has been lots of ups and downs and we won’t go into them, but this lady is a trooper, and I know what she’s been going through in the week.

‘For this woman to come out and give the performance that she did tonight really shows the testament to her character.’

Turning tov Kaye, he said: ‘I am proud of you, I know that your girls and your other half are proud of you, but the most important thing is that you should be proud of yourself, because you are a superstar.’ 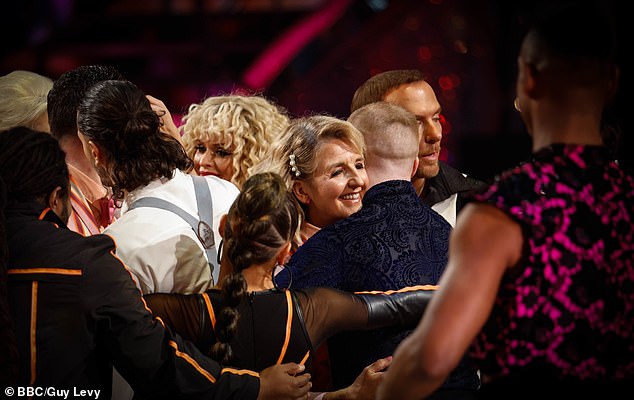 Farewell: The pair said their farewells after the dance off