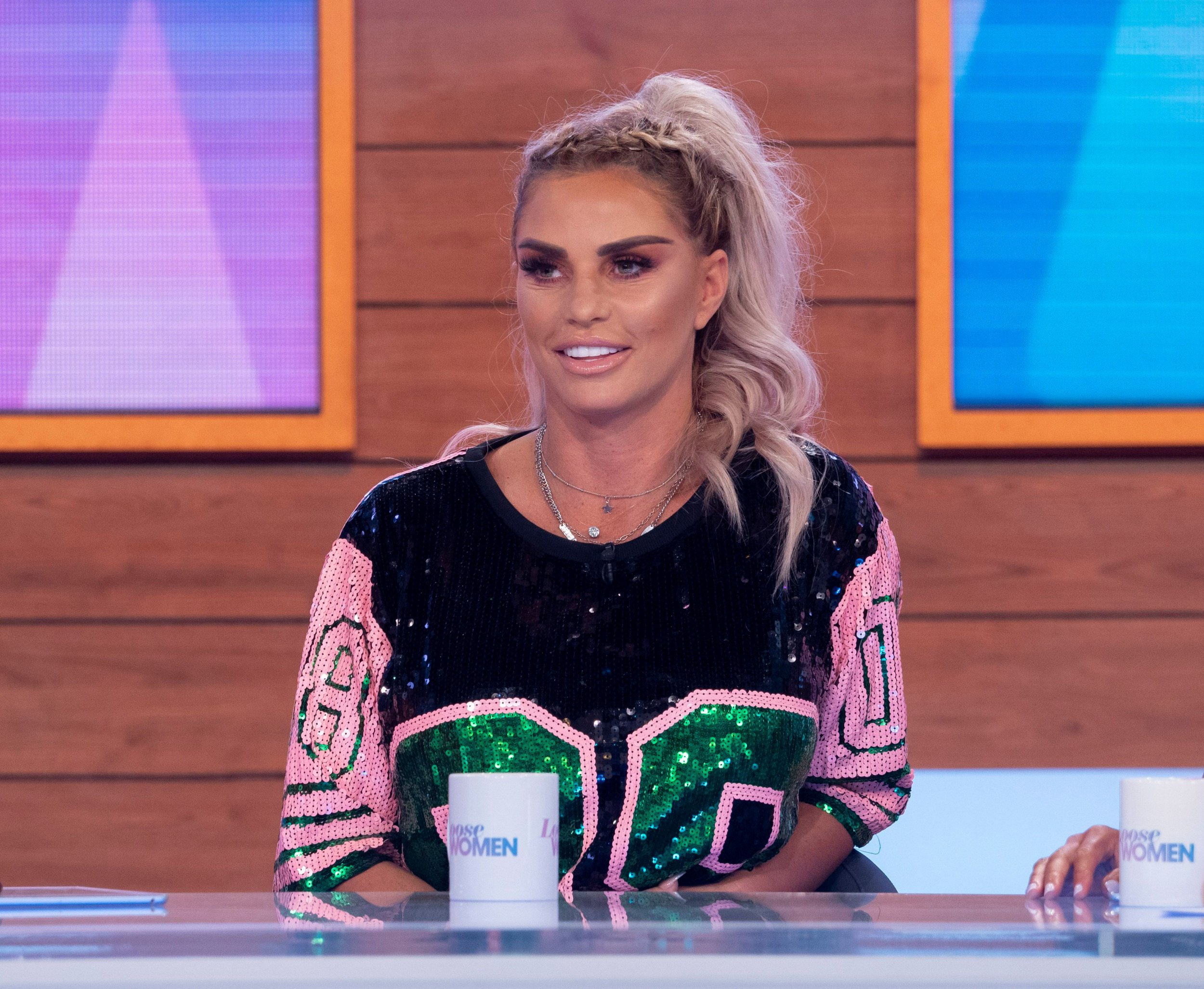 A recently-engaged Katie Price has insisted being bankrupt is the ‘best thing’ to happen to her as she laid bare her financial struggles.

The star, who revealed her engagement to Carl Woods last week, said she ‘loves’ being bankrupt as it means no one can take advantage of her.

Katie – who was reported to have once boasted a fortune of more than £40million – was formally declared bankrupt by a court in November 2019, after initially swerving bankruptcy in 2018 by entering an IVA (individual voluntary arrangement).

She told OK! Magazine: ‘I’ve been sucked dry in the past. I was mentally abused and broken by everyone.

‘It’s not like I have skeletons in my closet but everyone tried to get everything they could out of me. But now, I can go to sleep at night and I just think, “F**k it”.

‘My bankruptcy is the best thing that’s ever happened to me.’

She added: ‘Because anyone who has ever been in my life before has tried to take from me, financially mostly.

Opening up on her relationship with Love Island star Carl, Katie said it was a ‘secret security’ to her that seeing as she ‘doesn’t have millions in the bank’ it was clear her partner isn’t with her for her money.

She continued: ‘I want to stay in bankruptcy as long as I can. It’s only supposed to be a year and I’m like, “No!’ The longer I can keep it up, the better for me”.’

Katie insisted that while she may say that, her ‘her accounts are getting back on track, all is in hand and life, work and business are going from strength to strength’.

In October last year the mother-of-five told the court that ‘progress is being made’ on getting her affairs in order, admitting that it had been difficult to deal with her bankruptcy issues while her mental health had also been suffering.

Katie read out a statement telling the specialist insolvency and companies court that taking time to write things down is part of her therapy and the ‘process of dealing with my mental state whilst on the road to recovery.’

She added: ‘It is a long and tense process but I feel progress is now being made.

‘I can only apologise, I just haven’t been able to deal with these issues or in the right mental state to understand everything that has been going on.’