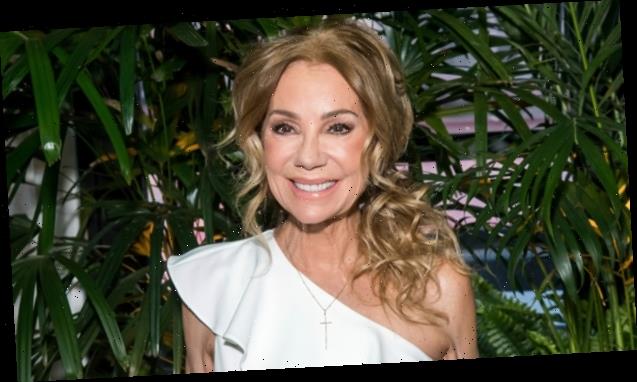 She’s getting out there! Kathie Lee Gifford shared that she went on a date for the first time in over three decades, revealing that she had a ‘fun’ time, too.

Kathie Lee Gifford, 66, is putting herself out there! The former talkshow host stopped by Today on Nov. 13 to share with Jenna Bush Hager and her former co-host, Hoda Kotb, that she had gone on her first date in 33 years! Kathie, who moved to Nashville after wrapping her time on Today seven months ago, was at first hesitant about getting romantically involved with anyone at all. “I went out on a couple of dates,” Kathie revealed to Jenna and Hoda. “I just thought, ‘Oh, surely, they’re going to leave me alone down here.’” But that wasn’t the case for Kathie.

The former daytime talkshow host went on to describe a night where she “went out with friends to a club to hear my favorite band down there, Tim Akers and the Smoking Section…and this sweet guy asked me to dance.” Kathie went for it, telling the co-hosts “So, I went, ‘Ok.’ And then he just disappeared into the crowd.” Even though Kathie didn’t get her dance the first time, she eventually went back to the club and the same man was there. “So, we danced and we just went out a couple of times…It was fun because I hadn’t been on a date in 33 years!”

Hearing that admission, Jenna asked, “What was the first date like?” to which Kathie shared “it was surreal…Because the world has changed so much. But he was a gentleman, so, it was fun.” Kathie has really been enjoying herself in her talkshow retirement, too. The former Today host was spotted in July kissing and dancing with a mystery man in Franklin, Tennessee. “She was having a great time dancing very intimately with a male friend,” an eyewitness shared at the time. There’s no telling whether or not the unidentified dance partner was the man Kathie was referring to in her interview.

Of course, Kathie’s first date in a long time comes only four years after the death of her husband Frank Gifford, the New York Giants football star-turned sports broadcast journalist who passed away in Aug. 2015. With Frank’s passing and her retirement from Today, Kathie is simply taking time for herself and a slew of new projects, including writing music and filming a number of Hallmark movies. Hoda truly said it best, remarking on Kathie’s disposition, “Kathie Lee is happier now than I remember her.”