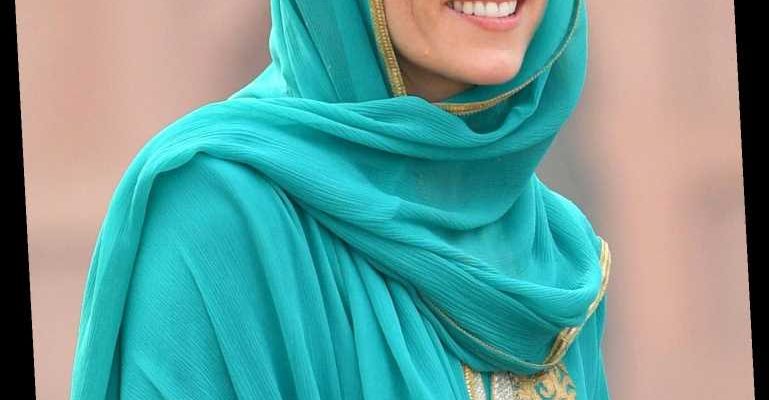 Kate Middleton and Prince William arrived back in Islamabad on Friday morning — about 18 hours after they were meant to land.

The royal couple previously attempted to fly to the Pakistani capital on Thursday night but were forced to turn back to the city of Lahore after terrifying electrical storms battered their Airbus A330 RAF Voyager jet.

The aborted flight — which normally takes 25 minutes — ended up lasting about two hours as the plane returned to Lahore after trying to land at two airports near Islamabad.

“Those big flashes are the RAF Voyager, carrying William, Kate and traveling media, going through [lightning] – two aborted landings at Islamabad due to the storm and we’re back in Lahore,” tweeted Press Association reporter Emma Louise Bowden.

The couple’s staff and the British High Commission officials hastily re-arranged their schedule after the aborted landing, with William and Kate, both 37, carrying out a private engagement in Lahore on Friday morning.

The royals left the city on Friday lunchtime and planned to continue with one of their previously-scheduled visits in Islamabad later. That will see them visit a program that trains dogs to detect explosive devices.

Earlier, William and Kate surprised excited guests in the five-star Pearl Continental hotel when they strolled through the lobby to their official car in order to begin their re-arranged day.

Some of their engagements have had to be canceled because of the travel disruption. They had been due to fly over the Khyber Pass area in the west of the country where Pakistan meets Afghanistan and visit a border post.