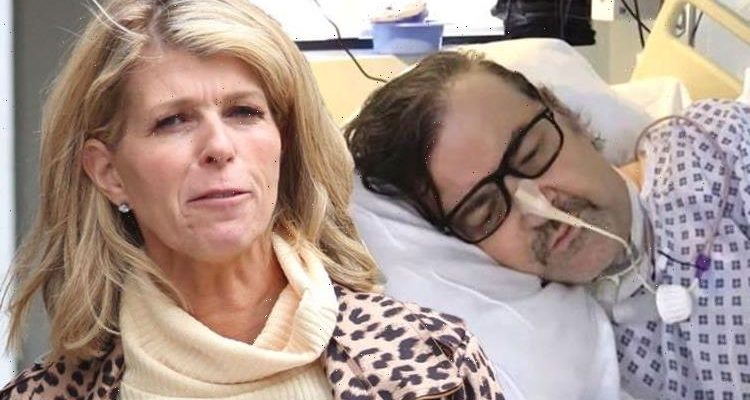 Kate Garraway says there are 'challenges ahead' for Derek

Piers Morgan has today given an update on Kate Garraway’s husband’s health. Derek Draper was rushed to hospital in March last year with a headache and breathing issues.

Derek is still effectively in a coma despite occasional hopeful glimmers

The presenter’s spouse was diagnosed with COVID-19 and remained there until April this year.

Piers has claimed “people don’t know the half” of it when comes to how Derek is now, despite returning to the family home.

The 54-year-old gave an update on Kate’s other half while discussing his own battle with Coronavirus.

The double-jabbed father-of-four believes he caught the Delta variant while at the Euro 2020 final, and quickly experienced symptoms.

Piers said it felt “desperately unfair” that, unlike Derek, he had been vaccinated against Covid.

Writing in his latest column, the outspoken journalist said that his memory of what happened to Derek remained “vivid” as his own health deteriorated.

“Derek is three years younger than me and remains in a virtual coma 15 months after being rushed to hospital at the height of the first wave of the pandemic,” he said.

Piers went on to share a call he recieved from Kate on Tuesday, while updating fans on how her husband is doing.

He stated: “Derek is back home under 24/7 nursing care but is still effectively in a coma despite occasional hopeful glimmers of cognisant response.

“But honestly, people don’t know the half of it.”

The ex Good Morning Britain co-star continued: “When Kate told me what her daily routine is now like, it exhausted me just listening to her.

During his chat with Kate, Piers said he had been thinking about their family a lot.

Detailing what he told his pal and former co-star, Piers stated in the Mail On Sunday: “‘I’ve felt pretty awful with Covid but the vaccine may well have saved my life.

“‘Derek never had the chance to take one. That just seems so desperately unfair.'”

Kate agreed before saying she hopes everyone who can have the vaccine does.

“I wouldn’t wish what we’re going through on anyone,” he quoted her as adding.

Piers’ health is now on the up. He has been prescribed strong corticosteroids for fatigue and to help prevent long Covid.