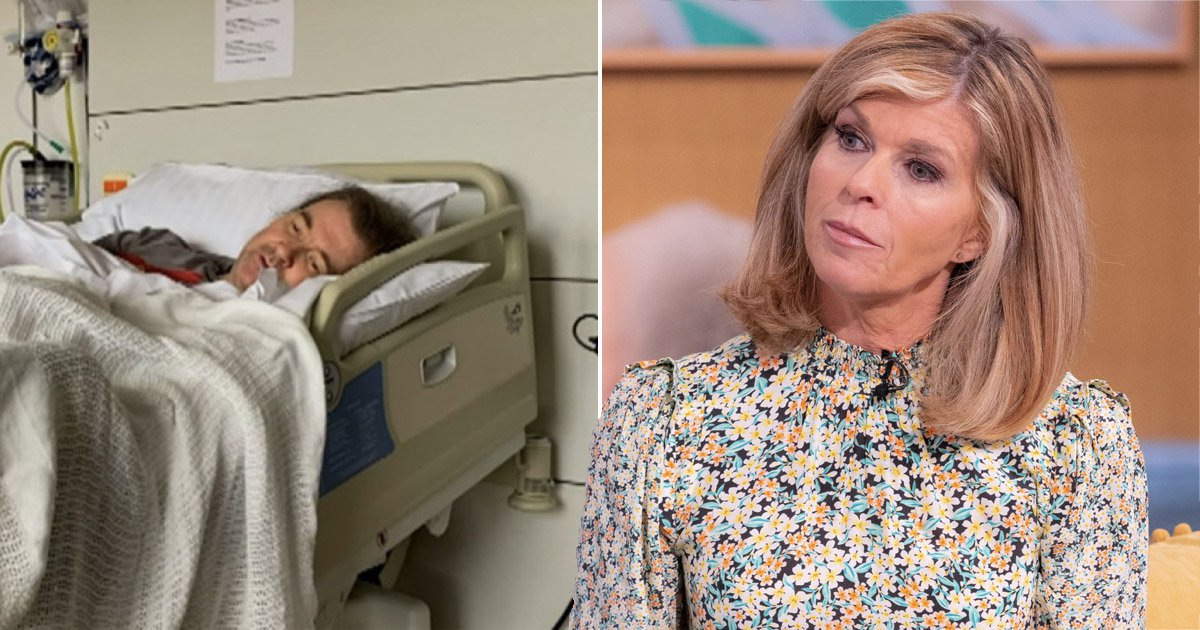 Kate Garraway has revealed that her husband, Derek Draper, had a rare inflammation of the brain during his battle with coronavirus.

The Good Morning Britain presenter, 53, has shared details of Derek’s ordeal since he caught coronavirus in March 2020, including in her new book The Power Of Hope.

Kate revealed that scans of Derek’s brain showed areas like ‘fluffy white clouds floating in the top part of his head’ which were the areas doctors were concerned about.

She explained in the book that medics had initially worried they were clots or bleeds on the brain – something which can happen when a patient is on ECMO – a machine which oxygenated the blood, bypassing the heart and lungs – which Derek had had.

While doctors confirmed that Derek had had a small bleed on the brain, they were more concerned that the ‘clouds’ signified Covid inflammation on the brain which had been present back in April when Derek was first put on ECMO.

Kate explained: ‘This, they told me, was a unique historical event, a one-off splurge of inflammation, and the fact that it showed up in some form on the earlier CT scans from back in April meant it happened right at the start when Derek was first on ECMO.’

Doctors had admitted that they hadn’t yet seen inflammation on the brain as a result of coronavirus, but medical professionals in Europe were starting to report similar cases.

They revealed that Derek had been fortunate that the infection hadn’t reached the brain stem or the spinal cord otherwise the ability for his body to control movement would have been permanently affected.

Kate added that doctors had told her that the brain is the slowest part of the body to recover, explaining to her: ‘We can’t rule out some kind of recovery, but we can’t rule out him never recovering.’

While they had warned that Derek is not likely to make a ‘good’ recovery, they believed he could have a ‘reasonable’ recovery which would mean being able to hold a hairbrush.

Following a year in hospital, he has now returned home where he still receives 24-hour care but is able to have small snippets of interaction with Kate and their two children, including asking her if the dress she was wearing to work was new.

Kate Garraway: The Power of Hope is out now.