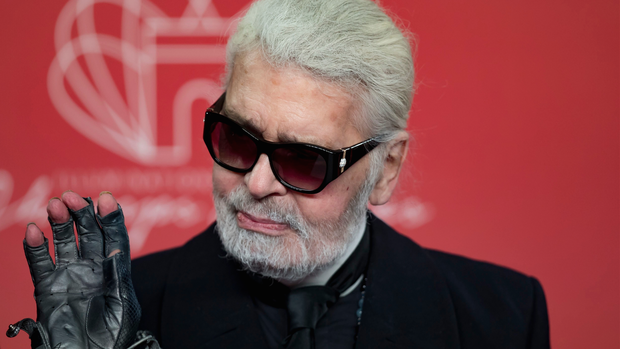 Legendary fashion designer, Karl Lagerfeld, has died, according to sad new reports on Feb. 19. He was 85 years old.

Karl Lagerfeld is dead at the age of 85, multiple French media outlets are reporting on Feb. 19. The designer, who is best known for his work as the Creative Director for Chanel, had been working hard up until the time of his death. At the moment, there are no details regarding this tragic news, and Karl’s team has not confirmed the reports. However, sources close to Chanel confirmed to The Guardian that the sad news is true. A cause of death has yet to be revealed.

Less than one month before his death, Karl missed the Chanel spring 2019 haute couture show in Paris, which was an extremely rare occurrence for him. Afterward, his team confirmed that he had been unable to attend because he was “feeling tired.” The brand’s director of the creative studio of the house, Virginie Viard, represented Karl at the event instead. However, back in December, Karl traveled to New York to attend another Chanel show. The Paris show in January was the first time he missed out on representing himself.

Karl got his start in the fashion industry by working as Pierre Balmain’s assistant. After three years, he moved onto work for Jean Patou, where he began designing haute couture collections for the brand. At this time, his collections were not well-received, and Karl took a two-year break from the industry. He returned in 1963 as a designer for Tiziani, where he worked for the next six years.