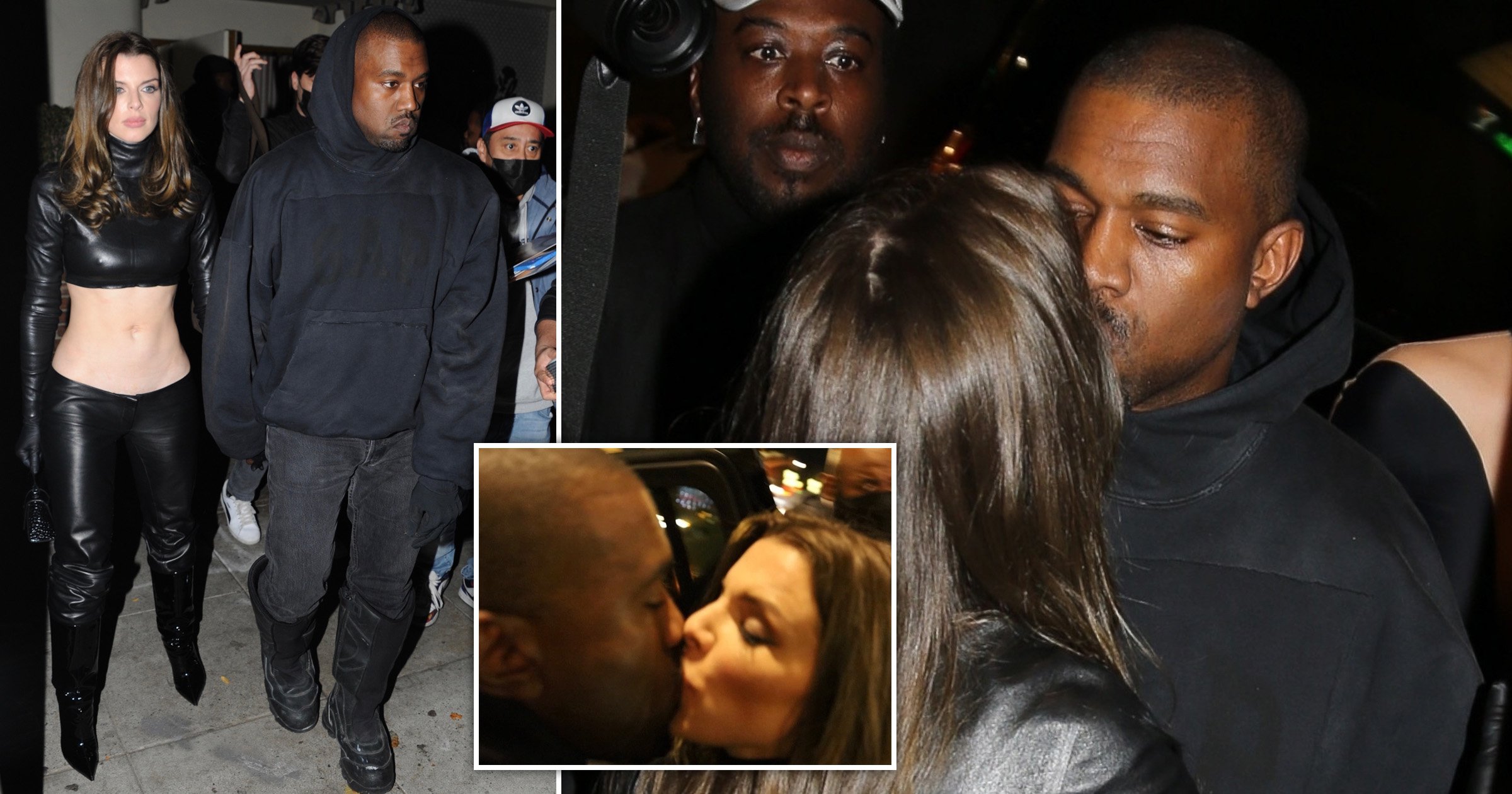 Fear not, Kanye West and Julia Fox are still going strong as the new couple put on all the PDA as they step out for another hot date this week.

On their latest night out, the rapper and actress headed to West Hollywood hotspot Delilah’s where they were spotted arriving amid a swarm of photographers.

Proving to be a couple clearly not afraid of the spotlight, Kanye, 44, and Julia, 31, stopped for a moment in the middle of the strong crowd to share a quick kiss before heading inside. The All Of The Lights rapper was seen guiding the Uncut Gems actress inside the swanky restaurant holding hands.

Julia looked every inch Kanye’s fashion muse as she strutted along in a black leather crop top and matching trousers, putting her abs on display.

The previous night, the lovebirds enjoyed another date night at celebrity-favourite restaurant Craig’s but Kanye had an appointment to attend to, getting his beard trimmed by a barber in a backroom.

Kanye and Julia began dating two weeks ago and the actress recently shared a very detailed account of how their romance has unfolded since.

In an essay for InterviewMagazine.com, the mother-of-one explained: ‘I met Ye in Miami on New Year’s Eve and it was an instant connection. His energy is so fun to be around.

‘He had me and my friends laughing, dancing, and smiling all night. We decided to keep the energy going and fly back to New York City to see Slave Play.

‘Ye’s flight landed at six and the play was at seven and he was there ON TIME. I was impressed. After the play we chose to do dinner at Carbone which is one of my favorite restaurants. Obviously.

‘At the restaurant, Ye directed an entire photoshoot for me while people dined! The whole restaurant loved it and cheered us on while it was happening.’

Julia went on to admit that while she has no idea where their relationship is ‘headed’, she is ‘loving the ride’.

Their romance comes after Kanye’s split from wife Kim Kardashian in February 2021, while Julia also split from her husband Peter Artemiev that year.