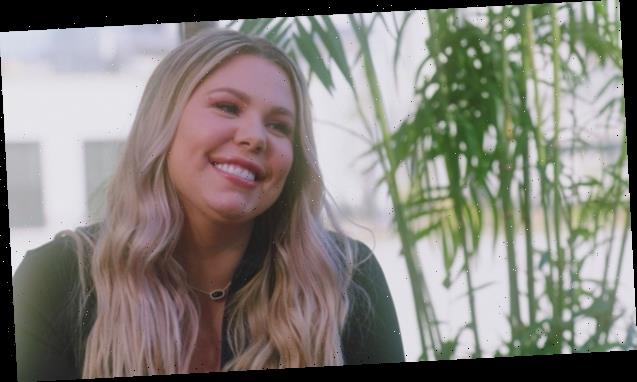 Congratulations may be in order for Kailyn Lowry and Chris Lopez. The ‘Teen Mom 2’ star seems to be pregnant again and expecting a second child with her ex-boyfriend, according to newly leaked photos.

Baby number four may be on the way for Teen Mom 2 star Kailyn Lowry, 27. During the early morning hours of Jan. 13, a Teen Mom fan account on Instagram shared images, which the page’s administrator claims are ultrasound photos that Kailyn allegedly sent to her ex, Chris Lopez‘s, aunt. In what appears to be a text message exchange between Kailyn and Chris’s aunt, Kailyn appears to say she’s due July 25. However, when fans became skeptical of the initial post on Teen Mom Shade Room‘s page, the account administrator posted a new photo that showed Kailyn’s current nails and they appear to match those that are seen in the ultrasound photos. And while Kailyn Lowry has yet to confirm or deny the news — HollywoodLife has already reached out to her for a comment — her friends now appear to be slamming Chris’s aunt for leaking the news.

In a follow-up post on Teen Mom Shade Room, late Monday evening, the page’s administrator shared a comment from someone who they claim is Kailyn’s friend. The user tells Chris’s aunt, “im actually disappointed that you decided to leak information.. mad or not you should be ashamed of it..” Chris’s dad also appeared to confirm the news when another account, Teen Mom Fanz, messaged him and asked for the truth. When asked whether or not Kailyn is pregnant, Chris’s dad said, “yes”.

What’s also interesting is that this potential pregnancy announcement is the first time fans are hearing that Kailyn and Chris, who broke up at the beginning of 2019, may be back together. Kailyn revealed at the Teen Mom 2 reunion special in May 2019 that she severed ties with Chris after discovering he cheated on her. She called the experience “humiliating.”

Kailyn is already a mother of three. She currently shares two-year-old son Lux Lowry with Chris. Plus she is also the mother to two sons from previous relationships with ex-boyfriend Jonathan Rivera and ex-husband Javi Marroquin: Isaac Rivera, 9, and Lincoln Marroquin, 6, respectively. Recently, Kailyn opened up on Twitter about the prospects of having a fourth child in October 2019. She told a fan who said she had a dream Kailyn was pregnant with a daughter, that she wasn’t planning on having a baby anytime soon. She tweeted, “no more babies until there’s a ring on this finger.”