Going bare-fingered. Justin Hartley was spotted without his wedding ring nearly two weeks after filing for divorce from Chrishell Stause.

The This Is Us star, 42, ditched his traditional silver band for a photo shoot in Los Angeles on Thursday, December 5, in pictures published by the Daily Mail. While waiting for the photographer, he walked through a wooded area in a brown jacket, a navy V-neck shirt, green pants and tan leather shoes. He tried to keep a low profile in a pair of tortoiseshell wayfarer sunglasses. 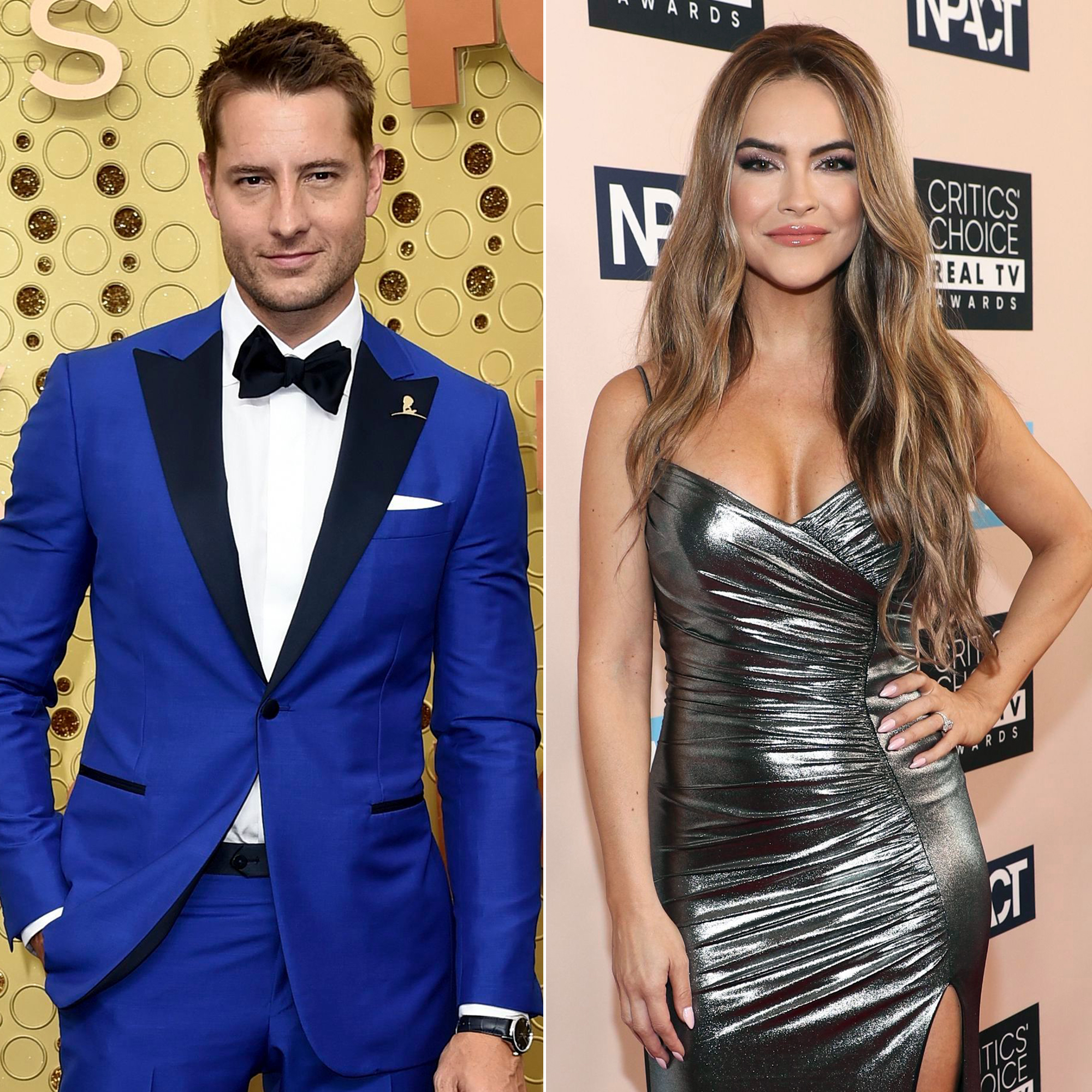 Hartley filed divorce paperwork in L.A. on November 22, citing “irreconcilable differences” as the reason for his split from Stause, 38. He listed their date of separation as July 8; however, the Selling Sunset star listed the date as November 22 in her response to her estranged husband’s filing.

Stause is seeking spousal support from the Passions alum and also asked him to cover her attorney fees. He stated in his filing that he does not want to pay either.

There were no signs of trouble in paradise between the two on their Instagram accounts. A week before Hartley filed for divorce, the actress shared a photo of them together at a Golden Globe party. He was wearing his wedding ring in the picture.

Stause did, however, remove mentions of her marriage from her Instagram and Twitter bios. In its place, she added lighthearted quotes, one of which reads, “The wound is the place where the Light enters you.”

She also shared a cryptic quote on Instagram on Monday, December 2, that read, “It’s hard to watch people change right in front of you. But it’s even harder remembering who they used to be.”

The estranged couple dated for four years before tying the knot in October 2017.

Hartley was previously married to Lindsay Hartley from 2004 to 2012, and they coparent 15-year-old daughter Isabella. Stause, meanwhile, was engaged to Matthew Morrison from 2006 to 2007.