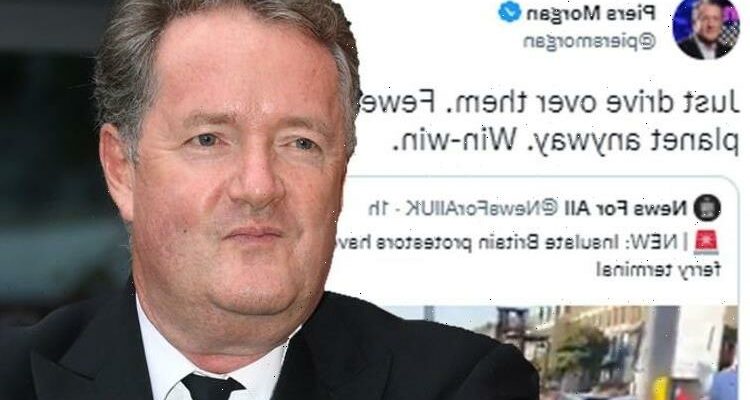 Piers Morgan has taken to Twitter to share his views with eight million followers about Insulate Britain protestors blocking access to the Port of Dover. The former Good Morning Britain presenter split fans when he said they should “just drive over them”.

The broadcaster shared a video showing the protesters clocking access to the ferry terminal earlier today.

Alongside this, he penned: “Just drive over them.

“Fewer people is good for the planet anyway. Win-win.”

The protesters have been blocking motorways over the past few weeks as they urge the government to act on getting Britain’s homes insulated.

Following Piers’ statement, many of his followers took to social media to air their views.

“You may not like what they are doing but there is a very real issue that they are bringing to the fore.”