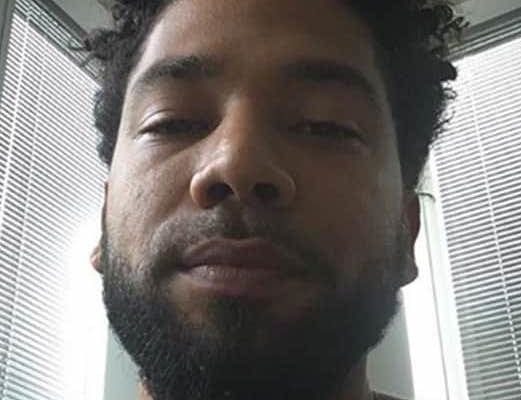 Last month, Empire star Jussie Smollett reported to police that he had been the victim of a brutal hate crime.

Now, Jussie has been arrested after police say that he concocted the whole thing and paid off two brothers to help stage the attack.

His castmates are pissed — and some of them don’t ever want to work with him again.

TMZ reports that several of Jussie Smollett’s castmates on Empire want him written off the show.

According to TMZ‘s sources, a number of members of the cast feel that he betrayed everyone’s trust.

They are also concerned that he may have done irreparable harm to the reputation of the show.

Sources say that the stars are “f–king furious” and that if Jussie isn’t fired, he should quit in disgrace.

Everyone had his back after the reports that he suffered a horrific hate crime.

In the aftermath of police saying that Jussie staged it all, people are understandably angry and embarrassed.

(If what police say is true, Jussie didn’t even bother to cover his tracks very well — paying his assailants by check, of all things)

Even so, TMZ is sure to note that not everyone is on the same page.

Some on the show simply cannot fathom Jussie staging such a heinous crime, or understand what his motive might be.

They believe his claim that he is innocent.

Disagreements over how to handle this very complicated, very emotionally charged situation.

Even if the scandal doesn’t cause the show to take a hit in ratings, it sounds like the culture on the set is tense.

TMZ also reports that, on Thursday, Jussie arrived on set and apologized to everyone.

At the same time, however, he has doubled down on his insistence that he is innocent.

“I’m sorry I’ve put you all through this and not answered any calls,” Jussie told his castmates.

“I wanted to say I’m sorry and, you know me, I would never do this to any of you,” he insisted.

Jussie was surrounded by family at the time of that statement on the set.

He had to leave the set because he had obviously been crying, but returned to resume filming.

It is also reported that he changed his phone number because he was receiving so many furious messages from cast members.

The only coworkers who have it now are the people who believe and support him.

We guess that Jussie doesn’t need to keep his old number.

At his bail hearing, Jussie was instructed to have no contact with the Osundairo brothers.

We have to ask: How does one lower the reputation of a TV series that stars accused domestic abuser Terrence Howard?

(For the record, he admitted to at least one incident during a 2015 interview)

Does the bar get any lower than that for a TV series? That’s a complicated moral question.

But the recent news about Jussie has made things complicated for many people.

Hate crimes against LGBTQ+ Americans happen all too often — they’re just usually not inflicted upon celebrities.

People of color make up over 60% of the victims of these attacks.

If Jussie faked his own attack, that hoax will be used by political opportunists as a weapon against real survivors of real hate crimes.

This week’s actual hate crime news was about a member of the Coast Guard.

The man was an avowed white nationalist. He was trained in combat and was stockpiling weapons.

He had made a hit list for journalists and Democratic politicians whom he intended to kill in a massive attack that he was planning.

That man was an existential threat to America.

Instead, the news cycle has been dominated in part by Jussie Smollett.

How much harder will it be for future victims to get a fair shake when filing reports, let alone sharing their story with the world?

Jussie Smollett: This is How He Staged His Assault