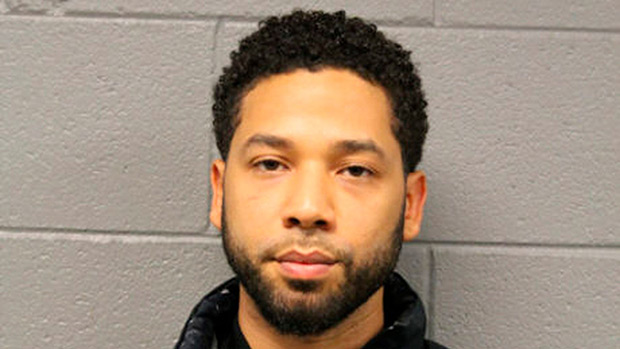 The latest chapter in the Jussie Smollett attack case took a dramatic turn on March 8 when the ‘Empire’ star was hit with 16 felony counts for allegedly filing a false police report.

Jussie Smollett, 36, has been hit with 16 felony charges for allegedly filing a false police report when he claimed that he was the victim of a homophobic and racist attack in January. A Cook County grand jury returned the indictment on March 7, according to ABC 7 Chicago. The charges have been confirmed by the Cook County State’s Attorney’s Office. The Empire star had already been charged with one felony count of disorderly conduct on Feb. 20 for filing a false police report.

Jussie drew headlines when he claimed that he was attacked by two strangers in his Chicago neighborhood on Jan. 29. He alleged that the two men physically assaulted him and hurled racial and homophobic slurs at him, as well as flinging a chemical substance in his face and putting a noose around his neck. Within a month, after an investigation, Chicago police arrested Jussie alleging that he paid two brothers – Olabinjo and Abimbola Osundairo – to beat him up. He was released after posting $100,000 bail.

These indictments are reportedly related to two separate sets of charges, according to ABC 7 Chicago – one set for what Jussie told officers about the alleged hate crime and the other set is related to his second interview with cops. HollywoodLife has reached out to the actor’s lawyers, rep and FOX (which airs Empire) for comment, but we have yet to receive a response. As for how much time Jussie faces, each set of charges could lead to a sentence of four years of probation.

Jussie has repeatedly denied allegations that he orchestrated a fake hate crime. On Feb. 21 his lawyers released a statement saying, “Like any other citizen, Mr. Smollett enjoys the presumption of innocence, particularly when there has been an investigation like this one where information, both true and false, has been repeatedly leaked. Given these circumstances, we intend to conduct a thorough investigation and to mount an aggressive defense.”

However, Police Superintendent Eddie Johnson told a press conference on Feb. 21 that the actor paid the two brothers $3,500 to fake the attack because he was “dissatisfied with his salary.” HollywoodLife will keep you updated as this story develops.