The exes got along well while Julianne Hough and her brother Derek stopped by ‘On Air With Ryan Seacrest,’ almost a decade after Ryan and Julianne’s breakup.

Who says exes can’t get along? Ryan Seacrest, 47, and his ex-girlfriend Julianne Hough, 33, had a great rapport with each other when the former Dancing With The Stars judge was a guest on Ryan’s SiriusXM show on Friday March 4. Julianne was a guest along with her brother Derek, 36, to discuss the siblings’ upcoming Oscar salute, but Ryan’s co-hosts couldn’t resist discussing the American Idol host’s past relationship with Julianne.

Ryan and Julianne dated from April 2010 until March 2013, and while the breakup was almost a decade ago, it did make his co-hosts Tanya Rad and Sisanie excited for the exes to be together on the air. Ryan immediately addressed the situation at the top of the interview. “Sisanie and Tanya have been asking me if this is awkward for me, and I said, ‘Not at all, because we’ve been friends,’” he said.

Derek jumped in to joke that the only one who felt “awkward” in the situation was him. Julianne also agreed that the two are friends who sometimes “chat” with each other. Julianne credited their “respect and love” for why they could stay friends. Ryan joked that his co-hosts didn’t understand how they could do stay pals after the split. “They don’t understand the concept that one can remain friends after a break up,” he said. “There is nothing uncomfortable about it, because we remain friends for years, and still are.”

While the rest of the interview mostly focused on Julianne and Derek’s upcoming ABC special, Tanya did bring up how she’d been curious to see how Ryan would act around his ex towards the end of the clip. “I don’t understand the friends with the ex thing, but Ryan always talks about how he’s friends with all of his exes, and so I was like, ‘Oh my gosh,’ when I saw that you were coming. I was giddy excited, because I love you Julianne, but I was like, ‘Oh my gosh, are you awkward? Is this weird? I’m sweating for you,’” she said. 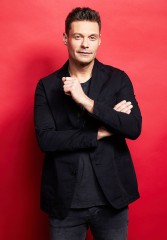 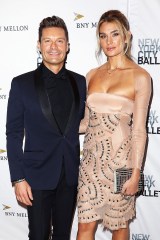 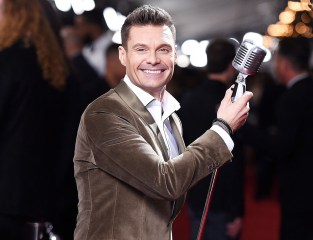 Ryan wrapped up the chat with a joke about how he’s still friends with most of his past loves, but also poked fun at his co-host. “You haven’t heard? Once a year, we get together with all of my exes and all of hers, and we do this little festival. We have a lot of breakthroughs don’t we,” he said.