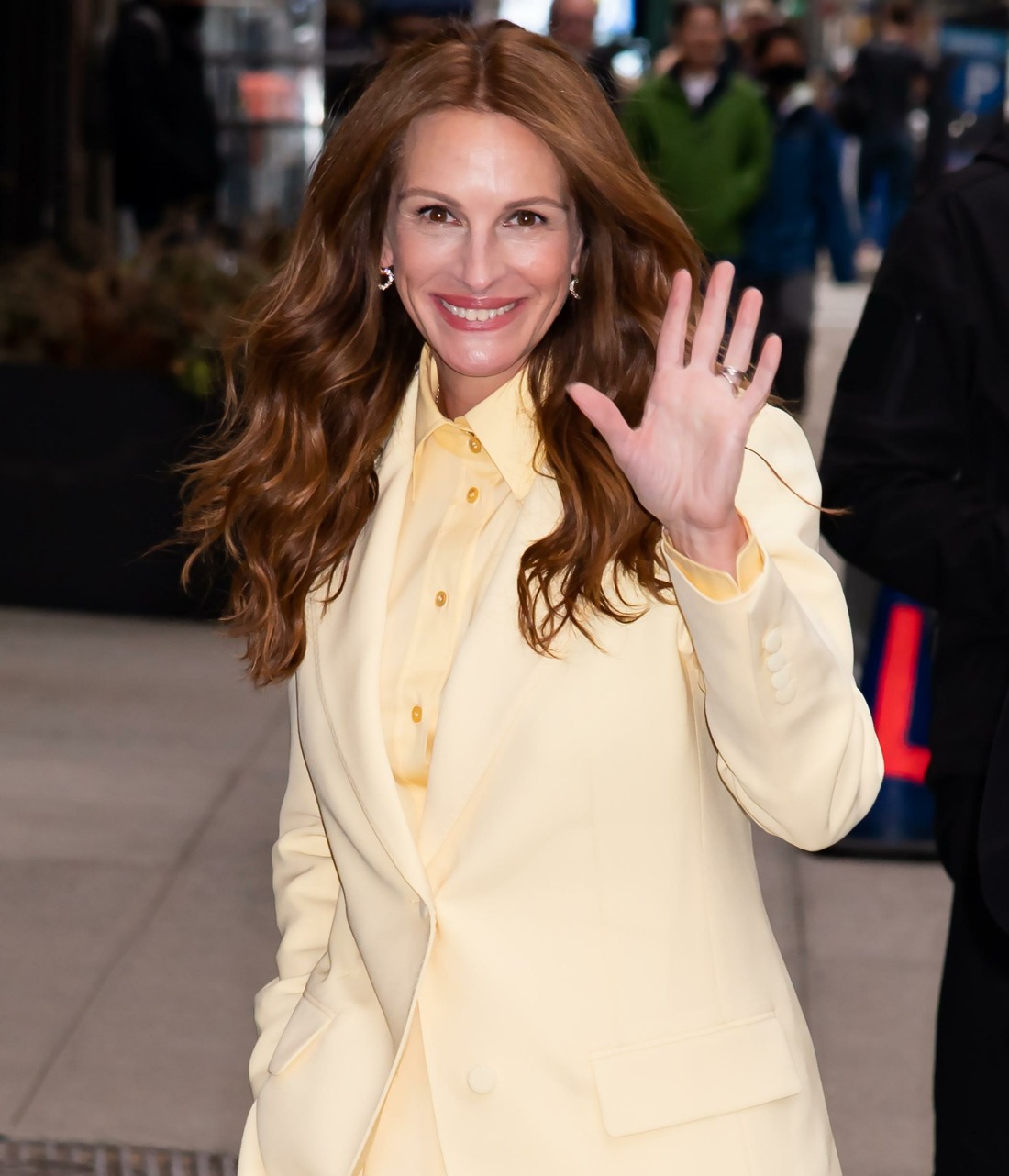 Julia Roberts has her first role in four years in Starz’s Gaslit, the true story of Martha Mitchell. Martha Mitchell was the wife of John Mitchell, who was attorney general for Richard Nixon. John Mitchell was knee-deep in dirty tricks, Watergate and CREEP. And Martha knew about all of it, and she was one of the first people to talk about it publicly. She was ripped apart by the media and by Nixon’s cronies. Anyway, Julia spoke to the New York Times Magazine in what is probably her first one-on-one interview in four years as well. You can read the full piece here, she speaks at length about fame, Hollywood, raising her children and a lot more. Some highlights:

There are no good rom-com scripts? “What I’ve learned is that you always want to do what you’re not doing. Whenever I’m in a comedy, I think I just want to be at a table with a cup of tea sobbing over something. Then you’re doing that, and you think, Oh to be wearing a pretty dress and laughing. People sometimes misconstrue the amount of time that’s gone by that I haven’t done a romantic comedy as my not wanting to do one. If I had read something that I thought was that “Notting Hill” level of writing or “My Best Friend’s Wedding” level of madcap fun, I would do it.

Not doing a rom-com in 20 years: “Yeah. It can’t be 20 years, can it? Here’s the thing: If I’d thought something was good enough, I would have done it. But I also had three kids in the last 18 years. That raises the bar even more because then it’s not only Is this material good? It’s also the math equation of my husband’s work schedule and the kids’ school schedule and summer vacation. It’s not just, Oh, I think I want to do this. I have a sense of great pride in being home with my family and considering myself a homemaker.

Advice to young actors: “I am less qualified to give advice now because the business has changed entirely. It’s a little sad, because when I started, I felt like you did a movie and if it did well then you might get offered a couple of other movies and might have more choice and you’d get paid a little bit more on the next one. There were incremental shifts in opportunity, and it made more sense. Now it’s made more of air; maybe it doesn’t feel as sturdy when you’re going along. I felt pretty sure-footed about the choices I was making. You don’t have those incremental markers anymore, it doesn’t seem like.

Why she gravitates towards heavier stuff these days: “I’m 54 years old. The truth of what you see and how you understand it and the weight of things becomes clear. You want to be able to unpack that. Also, it might be a response to having a happy life. You think, Why would I leave a happy life to go pretend to be in a happy life?”

[From The NY Times Magazine]

She was full of compliments for Sean Penn (who plays John Mitchell), calling him the best actor of their generation and a good friend, someone she’s known for decades, really. Which is interesting to think about, because I never would have thought that Penn and Roberts would be “decades-long friends” or have much in common, in general. But I guess Julia is friends with everyone.

As for what she says about rom-coms… I mean, she’s right but she’s not right. She’s right that there has been a significant move away from mid-budget romantic comedies and there are a lot of trash scripts out there. But she’s incorrect too, because there are great writers doing romantic and comedic scripts… but they’re just not writing those scripts with Julia Roberts in mind. Like, she aged out of those scripts, but there’s definitely a movement within Hollywood to showcase romantic stories that don’t involve white women in their 40s and 50s. 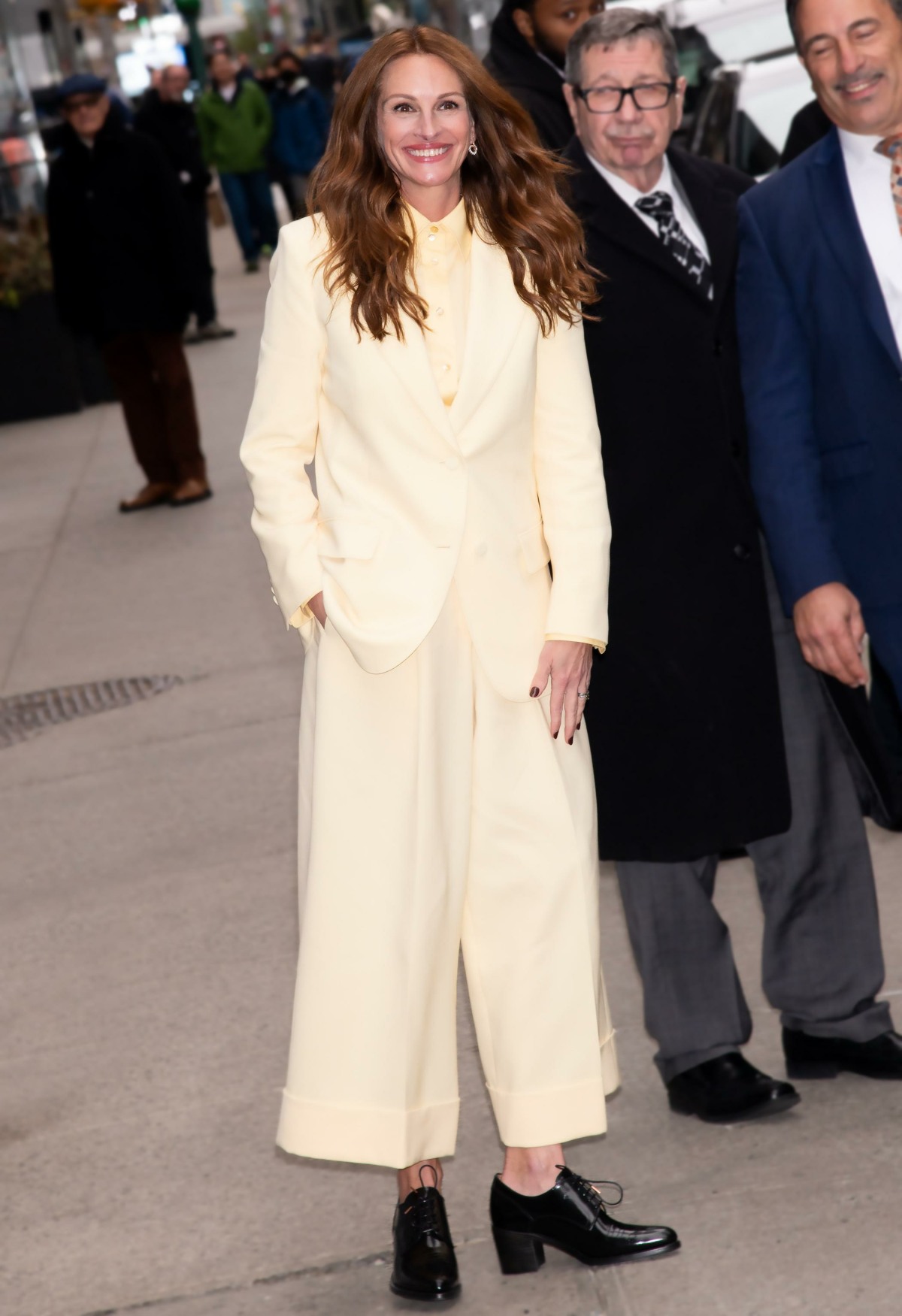