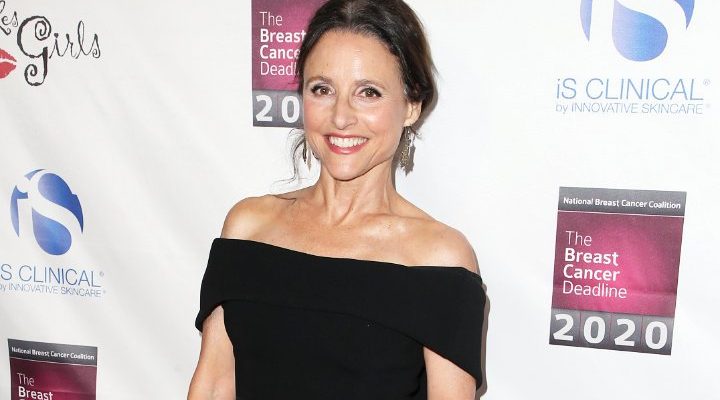 AceShowbiz –
Julia Louis-Dreyfus was not as “breezy” as she was before her battle against breast cancer. A little over a year after going public with her Big C diagnosis, the actress portraying Selina Meyer on “Veep” opened up more on how she looks at life differently these days.

The 51-year-old actress spilled the beans in a feature piece for the December 17 issue of The New Yorker. “I have a different kind of view of my life now,” she gushed, “having seen that edge – that we’re all going to see at some point, and which really, as a mortal person you don’t allow yourself to consider, ever.”


In the interview, the wife of Brad Hall also confessed that she never let herself give in to fear or self-pity throughout the ordeal. ” ‘Am I gonna be dead tomorrow’ kind of thing? I didn’t let my self go there,” she stated. “Don’t misunderstand: I was to-my-bones terrified. But I didn’t let myself – except for a couple of minutes – go to a really dark place. I didn’t allow it.”

When talking about her emotional state, Julia illustrated, “You know if you get on a horse and you have really tight reins and the horse is galloping? I felt like I had really tight reins on myself. That’s what it felt like: I was just holding on tight.” She added, “I’ve had a really rough year, blah, blah, blah – you know, we’re getting through it.”

Aside from her state of mind, the Elaine Benes on “Seinfeld” also addressed the positive side of her being active on social media during treatments. “There were people with long lenses trying to get pictures of me looking ill, and I think I kind of burst the bubble on a lot of it because of my social media presence,” she said.

Julia found out about her breast cancer diagnosis one day after she won Emmy Award in September 2017. “1 in 8 women get breast cancer. Today, I’m the one,” she tweeted days afterward. Her diagnosis put “Veep” on hiatus since HBO decided to adjust last season scheduling to allow her getting treatment. In January 2018, she completed her last round of chemotherapy, and returned to work in August the same year.