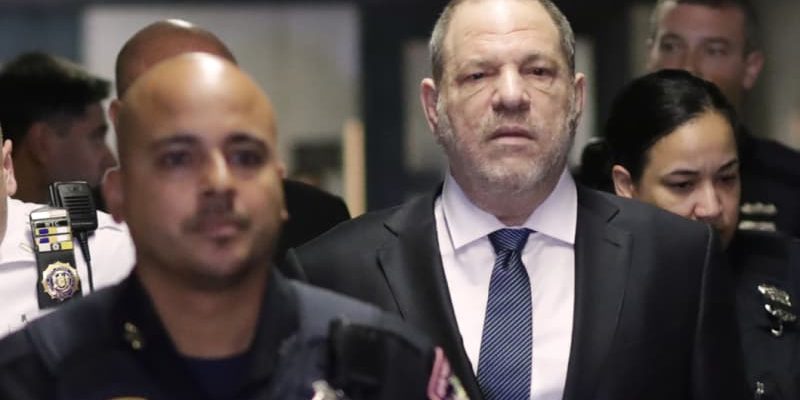 The criminal case against Harvey Weinstein can go forward, a state judge in Manhattan ruled on Thursday, rejecting the Hollywood producer's arguments that errors by the police and prosecutors had tainted the grand jury and the indictment should be thrown out.

The decision paved the way for Weinstein to go to trial next year on charges that he raped one woman and forced another to allow him to perform oral sex on her. 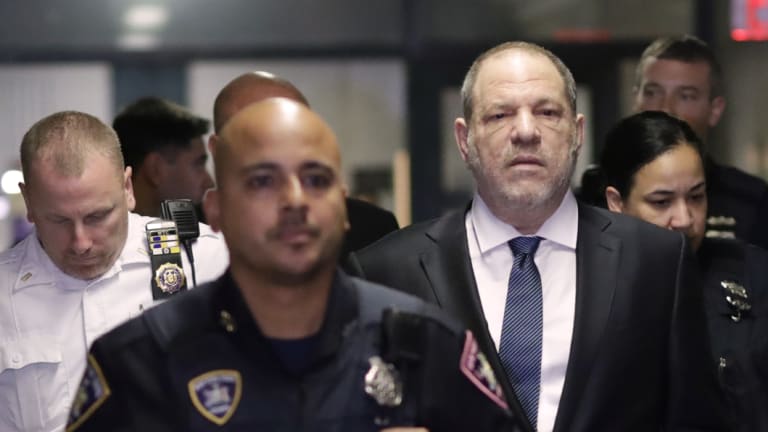 The last time Weinstein appeared in Manhattan Criminal Court the same judge dismissed part of the indictment against him after it was revealed that a police detective had withheld crucial evidence from prosecutors. Since then, Weinstein's lawyers have released more material — including a series of emails — intended to undermine the allegations of the remaining accusers.

Before the hearing was adjourned, defense lawyers and prosecutors huddled at Burke's bench for a 10-minute sidebar discussion out of earshot of the public. Weinstein, 66, sat at the defense table as actresses who had gathered as a show of support for the continuing prosecution — Kathy Najimy, Marisa Tomei, Jennifer Esposito, Michelle Hurd and Amber Tamblyn — looked on.

The judge also denied Weinstein's request for an evidentiary hearing and said that his defense lawyers could address the issue of the witnesses' credibility during the trial.

Standing on the steps of the Manhattan Criminal Courts Building before a phalanx of reporters, Brafman said he was disappointed by the judge's decision. "We remain confident, despite the court's ruling today, that ultimately at a trial of this case Mr Weinstein will be completely exonerated," Brafman said.

More than 80 women have accused Weinstein of sexual assault or harassment and the allegations against the producer helped fuel the global #MeToo movement.

But Brafman said that "the movement should not be able to push an indictment that is deeply flawed."

The district attorney's office declined to comment. Weinstein is due back in court on March 7.

Weinstein was initially indicted on sex-crime charges involving three women, including one who said that the producer raped her in 2013 at a Midtown Manhattan hotel. The woman has not been identified in court papers. He was also charged with forcing two other women to engage in oral sex with him. Lucia Evans, a marketing executive, said she was assaulted in his TriBeCa office in 2004, and Mimi Haleyi, a production assistant, said Weinstein assaulted her at his apartment in 2006.

Weinstein has denied the allegations and has said the relationships were consensual.

Burke dismissed the charge related to Evans after the Manhattan district attorney's office acknowledged that Nicholas DiGaudio, the lead detective on the case, did not disclose information from a witness who said Evans had given her a conflicting account of the episode. But DiGaudio, who has since been reassigned, has maintained that he did inform prosecutors.

Burke said in his order on Thursday that the dismissal of the one charge "did not infect the integrity of the other charges," and that there was "sufficient evidence" to support the remaining counts.