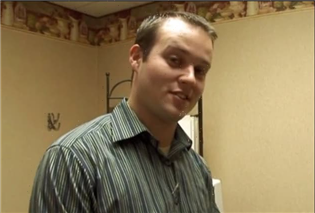 At his sentencing hearing next month, Josh Duggar could be sent to prison for up to 20 years.

We hope those who were harmed by his actions can find comfort in the knowledge that he won’t be able to hurt anyone else for a very long time.

But for many of Josh’s first victims, the news might be bittersweet.

No doubt many are haunted by the knowledge that had the adults in charge taken action after Josh committed his first sex crimes, he could have been stopped sooner and more victims could have been spared.

Long before he was arrested on child pornography charges, Josh molested five young girls, four of whom were his sisters.

Parents Jim Bob and Michelle Duggar helped Josh avoid prosecution, and for years, they managed to keep his crimes hidden from outsiders.

It was only after Josh came clean to a family friend that Jim Bob and Michelle felt pressured to involve the police.

Holt revealed that Josh briefly dated her daughter but the relationship came to an end after his sex crimes came to light.

She says that Josh would still visit the Holt family on occasion, as the teens “still liked each other” and “were hoping to still be married one day.”

As time went on, Josh came to see Bobye and her husband as confidants, and he opened up to them about the details of his crimes.

“He said that he went to [Jane Doe 1] as she was sleeping and that he was going up underneath her blankets to start to touch her and that she woke up and hit him,” Holt said under oath, according to court documents obtained by UK tabloid The Sun.

“He told me she snitched on him.”

This is the first that we’ve heard of Josh’s victims attempting to ward off the attacks and requesting that their parents intervene.

The Duggars had previously claimed that Josh molested his sisters while they were sleeping, and the victims did not become aware of his crimes until later.

While being cross-examined by Josh’s lawyer, Holt revealed that when she told Josh’s parents about his confession they seemed unconcerned.

“I went to tell Jim Bob and Michelle, but they said they didn’t want to hear it,” she said.

It was only after Holt and other family friends pressured the Duggars to go to the police that Jim Bob and Michelle finally complied.

Josh’s parents worked hard to ensure that he wouldn’t suffer any sort of consequences, and sure enough, he got off scot-free.

It wasn’t until several years that Josh’s crimes came to light thanks to a Freedom of Information Act request filed by an enterprising tabloid.

The Duggars were forced to come clean after that, but prior to Holt’s testimony, they did a very good job of controlling the narrative and minimizing Josh’s attacks against his sisters.

Shortly after word got out, Josh issued a statement emphasizing that he was a teenager at the time of the attacks and downplaying the agony endured by his victims.

“Twelve years ago, as a young teenager I acted inexcusably for which I am extremely sorry and deeply regret. I hurt others, including my family and close friends,” Josh wrote at the time.

“I confessed this to my parents who took several steps to help me address the situation,” he continued.

“We spoke with the authorities where I confessed my wrongdoing and my parents arranged for me and those affected by my actions to receive counseling.”

What he doesn’t mention is that the four sisters whom he molested were forced to continue sleeping under the same roof as their attacker.

He can only imagine the terror they felt.