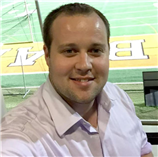 Whether it’s a fishing expedition or not, Josh Duggar’s argument that prosecutors were hiding evidence led to a legal victory by his attorneys.

At the time, the defense’s argument was hinting that the prosecution was committing a Brady violation.

Now, they have a new tactic: accusing the prosecution of violating Josh’s Miranda rights.

Josh’s attorneys have filed a flurry of new motions, attempting to discard the bulk of the entire case against him.

Jim Bob has clearly secured one of the best defense teams that his money can buy to keep Josh out of prison.

According to court documents obtained by RadarOnline, those attorneys filed a barrage of legal motions late last week.

One filing alone demands that all evidence obtained from Duggar’s car lot in the 2019 raid not be used as evidence.

During that portion of the investigation, Federal authorities seized an HP computer and an iMac laptop.

Both devices are believed, through context and electronic records, to be used by the disgraced former reality star.

Discarding these and other evidence could deal a severe blow to the prosecution’s case.

According to the claim by Josh’s defense, Josh pulled out his iPhone during the initial search.

He allegedly announced that he was going to use the device to contact his attorney.

However, investigators reportedly told him that the iPhone was covered by the warrant, and seized it.

Authorities then took Josh into custody and proceeded to question him.

It is claimed that no attorney was present to question Josh during that time.

Anyone under investigation has a right to legal counsel during questioning … but it is a right that they must invoke.

“Duggar communicated his intent to seek advice from his attorney,” the defense’s motion characterized.

“And,” the motion continued, “federal agents physically stopped him from exercising his constitutional right to do so.”

Just for the record, it is our understanding that attorney representation is a right — not necessarily calling one on a specific iPhone.

“Then, after preventing Duggar from seeking legal advice and after physically taking his iPhone from his hand,” the motion added.

The defense accused “law enforcement again approached him to interrogate him.”

“The interaction involved law enforcement officers swarming the premises and physically taking an iPhone out of Duggar’s hand,” the motion noted.

The defense characterized that this took palce “under circumstances that would intimidate any person.”

Therefore, Josh apparently felt that he could not leave.

His attorneys argue that this feeling that Josh had made this a custodial situation, meaning that any statements that Josh made during questioning are void.

On the one hand, unless authorities tell you otherwise, a search of your property by itself does not mean that you are being detained.

On the other, the courts have historically erred (with good reason) on the side of protecting Miranda rights.

The burden, courts have repeatedly emphasized, falls upon law enforcement to do everything correctly or not at all.

“Because Duggar clearly asserted his right to speak with his lawyer,” the defense argued.

“Duggar never should have been questioned without counsel physically present,” the motion insisted.

The defense alleged that this is true “regardless of whether he allegedly subsequently signed a Miranda waiver form.”

We do not know for certain whether the defense is accurately representing events in this reported filing, or how the court will rule.

If investigators did botch this case, then the horror of downloading photos and video of little girls’ lives being ruined would only be compounded.

As we noted, they filed many motions, including an accusation that the Homeland Security investigators were imprecise with the search warrants.

The defense also accused investigators of not following the law with sufficient precision.

In other words, they believe that the entire case should be dropped due to alleged bungling.

We could look at these arguments as alarm bells that the case is falling apart, but that really won’t be true unless the judge says so.

However, we can also look at this flurry of motions as the defense growing increasingly desperate.

It may be that the facts of evidence are not going their way, and therefore they hope to cast aspersions upon the prosecution’s case until something sticks.