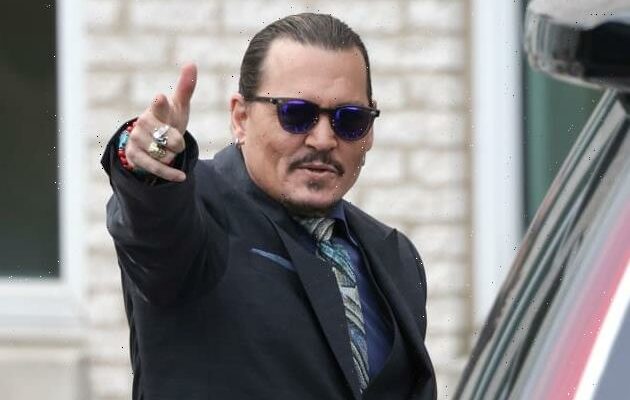 Depp sued Heard for $50 million, alleging that she did irreparable damage to his career with a 2018 Washington Post essay in which she identified herself as a survivor of domestic abuse.

Heard didn’t explicitly name Depp in the article, but his legal team was able to convince the jury that she had defamed him nonetheless.

But the jury also awarded the damages, and while they agreed that Heard had lied, and that said lies harmed Depp’s career, they weren’t convinced that his employment prospects suffered to the tune of 50 mil.

Instead, Depp was awarded $10 million in punitive damages, and another $5 million in compensatory damages.

The state of Virginia has a much lower cap on compensatory claims, so the latter amount was lowered to $350,000.

Heard was awarded $2 million in compensatory damages, making this one of the more confusing verdicts in the history of high-profile celebrity civil suits.

So if everything remains exactly as it is, and neither side appeals (which, of course, will not be the case), then Heard could be forced to pay Depp $8,350,000.

Of course, when you’re evaluating a celebrity civil dispute, it’s important to understand the financial situations of both parties.

After all, there are stars who are so well-paid that $8.4 million is chump change to them.

However, Amber Heard’s net worth is estimated at $1.5 million, so it’s safe to say that she doesn’t fall into that category.

As for Depp — well, you probably won’t be surprised to learn that he’s much, much better off.

In fact, we should probably use the word “much” about eight more times in that sentence.

Depp’s worth is estimated at $150 million, or about 100 times what Amber has in the bank.

Much has been made of Depp’s money troubles over the years, but despite the fact that he used to spend $30,000 a month on wine, it seems that the actor is still in pretty decent shape financially.

Depp sued his managers in 2017, alleging that they cost him tens of millions by mishandling his funds.

And a key part of his legal team’s argument in his suit against Heard was the claim that Depp hasn’t received an offer to star in a major studio film in the years since his ex-wife’s allegations were published by The Washington Post.

But through it all, it seems that the 58-year-old has held onto a pretty sizable nest egg.

From the very beginning, Depp insisted that his legal action against Heard was not about money, but was instead about truth.

Of course, all civil suits are ultimately about money, and that’s doubly true in this case.

After all, in addition to the damages determined by the jury, both parties went into this knowing that their future employment prospects would depend on their ability to make their case.

Many industry experts have predicted that Depp and Heard will both be considered unemployable by the major studios as a result of the many unseemly revelations that surfaced during the trial.

Since the lawsuit wasn’t about money anyway, maybe Depp could avoid a costly appeal by just letting Amber keep the loot she owes him.

It would be a sensible move that could do wonders for his reputation — but we wouldn’t count on it.