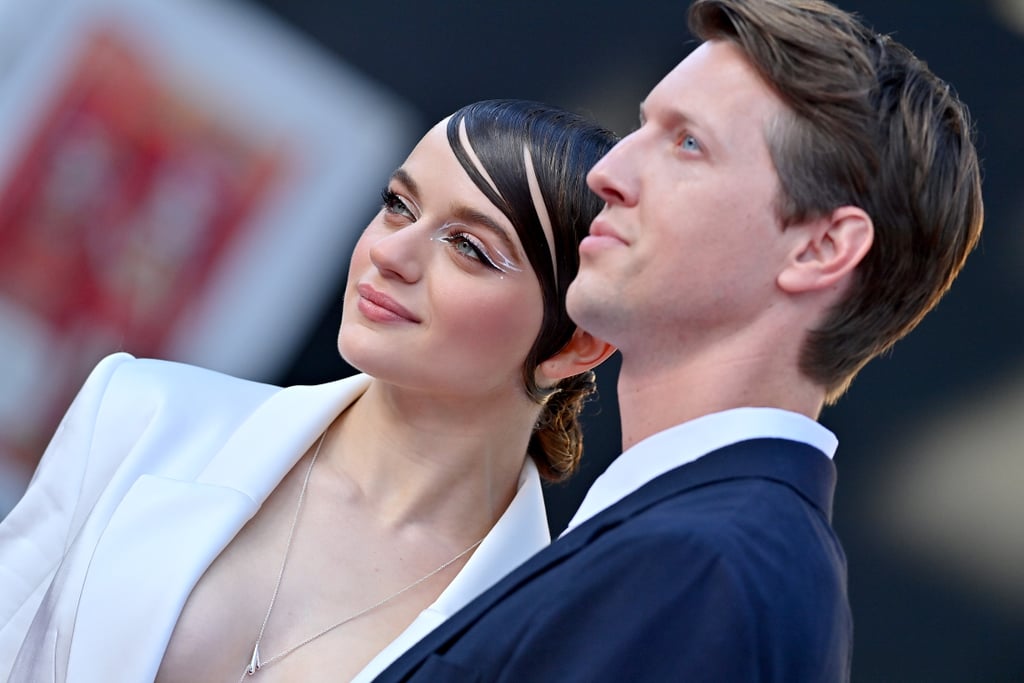 After over three years together, Joey King and Steven Piet are finally making their red carpet debut as a couple. On Aug. 1, the director joined King on the red carpet for the “Bullet Train” premiere in Los Angeles, marking the final stop of her press tour. The engaged pair, who usually prefers to keep their relationship out of the spotlight, posed arm-in-arm and even shared a few kisses for the cameras. The actor chose a plunging white blazer dress with hip cutouts for the occasion, while Piet stood alongside her in a casual sleek navy suit, sans tie.

King and Piet got engaged on their three-year anniversary in February. “Hanging out with you forever sounds like a real dream, so let’s do it,” she wrote on Instagram, sharing a close-up of her unique diamond engagement ring and adorable snaps of the two. Though first linked romantically in 2019, the couple met on the set of “The Act.” (King starred as Gypsy Rose Blanchard, while Piet was a producer on the series.) However, the actor waited until the end of shooting to make her move on her now-fiancé, as she revealed on “Jimmy Kimmel Live.” “To my delight, he was interested as well! And so now we’re getting married,” she shared recently.