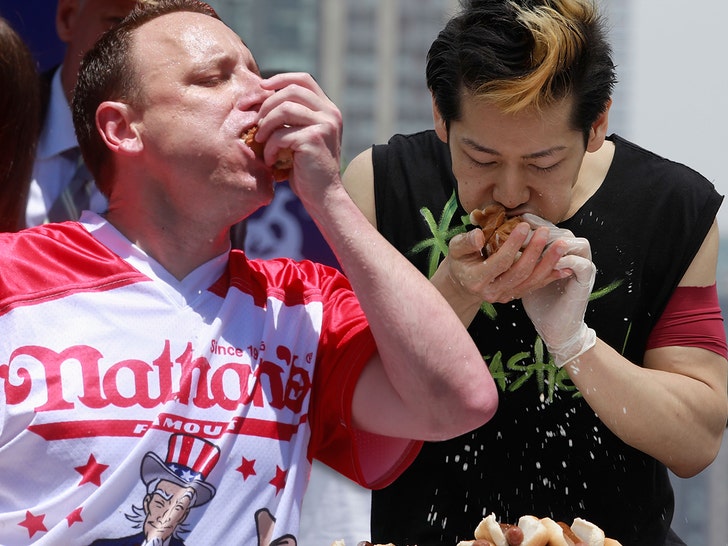 The greatest rivalry in competitive eating could soon be reignited — Joey Chestnut just revealed it’s possible he lines up against Takeru Kobayashi in an eating contest again … saying, “there’s a chance” an epic showdown happens as soon as next year!!

Of course, Jaws and Kobi haven’t faced off in more than a decade … thanks to a nasty breakup between Takeru and Major League Eating that kept the two from competing against each other. 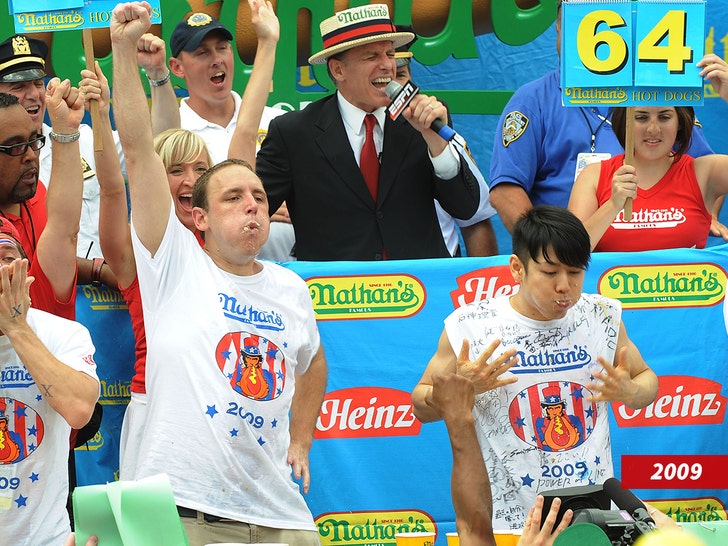 As it turns out, Joey says his own exclusive contracts with MLE and Nathan’s hot dogs will be up at the end of the year … paving the way for a matchup for the ages.

“The end of this year is going to be a weird year for me because my contract with Major League Eating and Nathan’s is going to be over,” Joey told Big Cat and PFT Commenter on Barstool Sports’ “Pardon My Take.”

“So, it’ll be my first year in a long, long time that I can actually eat against Kobayashi,” he added. “So, me and him could find a way to compete because he’ll never compete with Major League Eating again because they have just a childish contract dispute … but there’s a chance that I might be able to eat against him.”

Chestnut beat Kobayashi three times in the 4th of July matchup … but the Japanese superstar is responsible for bringing the entire sport to the mainstream after winning the hot dog contest six times in a row.

Chestnut — who just secured his 15th Mustard Belt this past Independence Day — admits he has no idea how much money a contest against Kobayashi could rake in, but says he’s down to let his nemesis name his price — as long as it’s even.