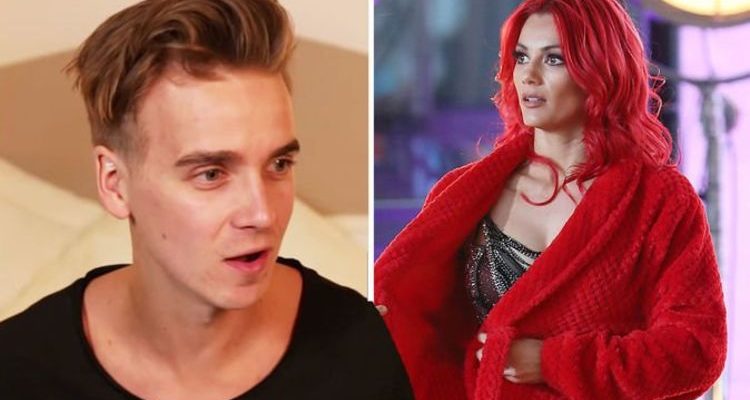 The red-haired beauty came across the first tweet she sent to Joe after he was announced as a contestant on Strictly last year.

Showing fans the message on her phone, Joe could be heard saying: “Dianne has just found a tweet from this time exactly last year of me joining.”

Reading out the tweet from Dianne, he said: “Welcome Joe!”

Dianne then scrolled down to Joe’s response, which read: “Thank you,” followed by a smiley face emoji.

On the same day, Joe shared a video discussing his thoughts on being a contestant on the show, admitting it was out of his comfort zone.

He went on to say his ideal partner would be someone of a similar height to him.

On the launch night of the show, it was revealed Joe and Dianne will be dancing together.

After impressing the judges with their moves, the duo got to the final of the show. 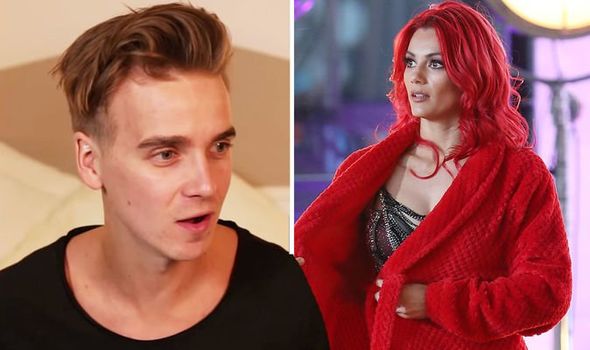 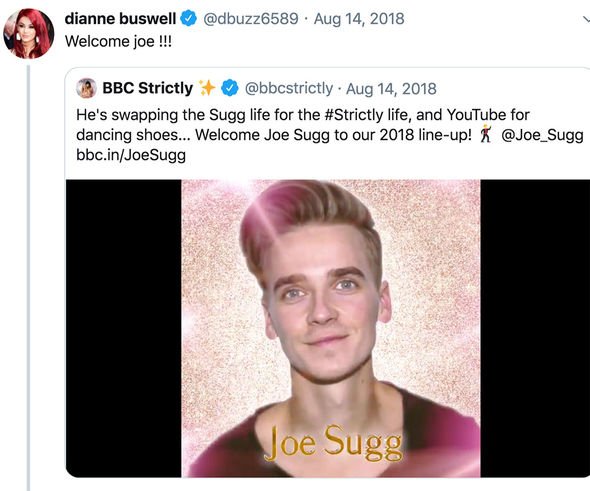 But, the pair missed out on the Glitterball trophy to Stacey Dooley, 32, and Kevin Clifton, 36.

Days after the final, Joe confirmed the duo are dating following weeks of speculation.

In view of his five million Instagram followers, he shared a picture of the pair gazing into each other’s eyes.

He wrote: “I may not have won the glitter ball, but I’ve won something a million times more special.”

The pair have since shared various loved-up pictures of themselves on Instagram.

Yesterday, Dianne Buswell revealed Joe Sugg had asked her to move in with him.

The dancer shared a picture of her resting on Joe’s cheek as he pulled a shocked face to the camera. 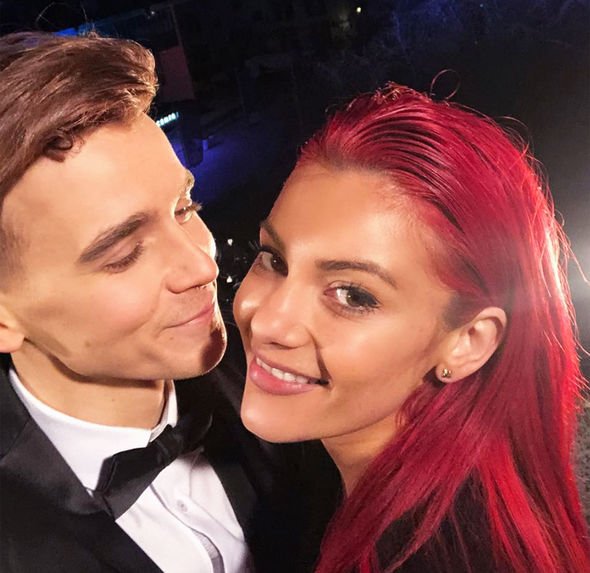 In view of her 724,000 followers, she wrote: “So Joe asked me to move in with him! I said yes…. of course then I whispered to him do you realise how messy I can be!

“If you wanna see him ask me go check out his latest YouTube video it was so sweet.”

In a video uploaded to Joe’s Youtube blog, he filmed himself presenting Dianne with a gift, a pen and a note emblazoned with the big question.

The gift was a photo frame which included a lego version of the duo alongside the words, “This year’s love, every year.”

Dianne read aloud: “I have officially invited you to live in my humble abode with me.”

The dancer then read the note further, and said: “Do you want to move in with me, yes or no? Circle your choice.”

She jokingly went to circle the answer no, before she eventually circled the option yes.