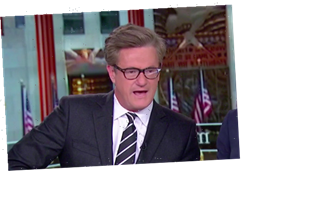 “When you’re not worried about the next election, remarkable things happen,” the MSNBC host said

During a Monday evening appearance on “The Late Show With Stephen Colbert,” Joe Scarborough talked about courage and the historical impact of President Donald Trump’s upcoming impeachment trial in the U.S. Senate.

When asked broadly who needs to have courage during the impeachment proceedings, the “Morning Joe” host thought for a moment before responding, “I mean, I think every Republican. I also think Democrats, as far as understanding what they’re doing is not about 2020. What they’re doing is about history. It’s about sending a message to future presidents. It’s about sending a message to future politicians.”

The former GOP congressman continued, “What I found at my very low level in politics when I was in the House: When you’re not worried about the next election, remarkable things happen. People listen to you. People follow you. When they don’t think you’re calculating but you’re doing something because you think it’s the right thing, then they follow.”

Colbert asked who in politics has shown courage so far and Scarborough’s MSNBC co-host and wife Mika Brzezinski said, “There have been some Republicans who will kind of go halfway there and pull back…”

“What job is worth selling your political soul for?” Scarborough wondered. His question got a round of applause from the audience.

Stephen Colbert’s followers revere him, while Arsenio Hall is in the doghouse. How late night TV hosts rank according to Positive Q Scores among adults