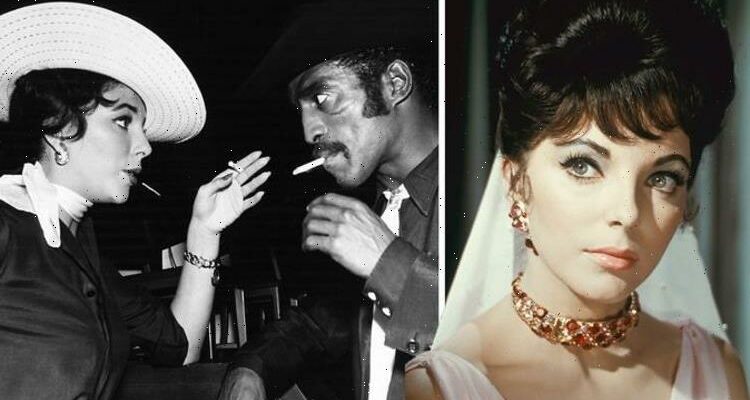 Dame Joan Collins, 88, is one of the biggest names of the Hollywood golden age. Now some images of her with some stars of yesteryear have emerged, ahead of previously unseen footage being set for release.

Joan was just 17 years old when she signed with a British film studio and began her career in the spotlight.

The London-born beauty starting starring in hugely popular films in the 1950s, including Our Girl Friday and The Virgin Queen.

Her career went from strength to strength in the 1960s and 70s before Joan landed her iconic role in Dynasty.

Part of having such a long career in Hollywood means the starlet has been close to many legends of the silver screen over the years.

One such star was Warren Beaty, with who she began a relationship with in 1959 before they later split.

At the time, the actor was relatively unknown but infidelity led to their separation.

James Bond star Sir Roger Moore was another of Joan’s famous friends after they grew close in Hollywood’s heyday.

The stars were pictured together many times and the actress paid tribute to the 007 actor at his funeral.

Joan has also recalled how she once offered advice to Princess Diana on one of the numerous occasions they met.

Appearing on Piers Morgans’ Life Stories, she explained how the Princess of Wales had asked for advice on the paparazzi.

“She said ‘Does this always happen?’ and I said ‘You just have to get used to it.’

“She tried to avoid them, didn’t she? Tragic life.”

Joan was also pictured a great many times with Elizabeth Taylor.

Speaking of their friendship in 2011, Joan said: “Although Elizabeth and I were not bosom buddies or part of the Hollywood ladies who lunch club, we nevertheless saw each other quite often at various parties and had close friends in common.”

Over the years, she has also been pictured with Sammy Davis Jr, Michael Caine and Elton John.

Joan’s life with stars of Hollywood royalty will soon be the subject of an upcoming documentary.

Earlier this week, it was announced the BBC had been given unprecedented access to her private home movies.

The footage is thought to date back decades and will feature several huge stars.

Among those expected to appear include Sammy Davis Jr, Paul Newman, Roger Moore and Ringo Starr.

These will be compiled by documentary director Clare Beavan to create an insight into Joan’s life outside of the screen.

Speaking to the Guardian, Clare said: “They’re like our home movies – except that it has loads of famous people in rather than kids and your neighbours in the background.

“We’d have our ugly relatives – and she has film stars.”

She added: “I can’t say it’s … completely natural, because you never know with Joan. But you definitely get her off-camera.”

Joan Collins will feature in new series Playgrounds of the Rich and Famous on Channel 5 at 8pm tonight.