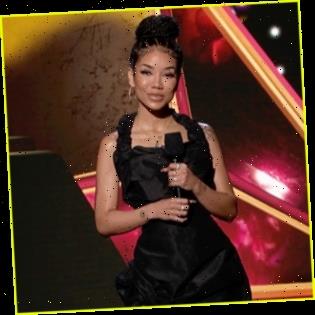 Jhene Aiko looks amazing in a hot black dress while hosting the premiere ceremony for the 2021 Grammys held in Los Angeles on Sunday (March 14).

The 32-year-old singer hosted the ceremony in a Vivienne Westwood look as she handed out a bulk of the awards for the musical award show.

PHOTOS: Check out the latest pics of Jhene Aiko

Just after the conclusion of the pre-show, Jhene revealed she faced a major fear of hers – public speaking!

“i conquered a major fear of public speaking today by hosting the freaking Grammy Premiere Ceremony!!” she posted on Twitter following the event. “Thank you @RecordingAcad for having me!! see u at the show after i take this lil cat nap Face with tears of joy.”

Jhene also reflected on how she did with the hosting gig. Check it out below: