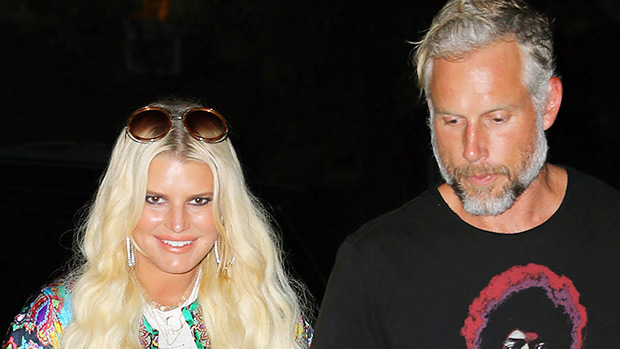 Jessica and Eric are officially outnumbered! The couple just welcomed their third child to the world. We’ve got all the details on their exciting news!

It’s time to celebrate because Jessica Simpson and Eric Johnson‘s brood just got a little bit bigger! The couple, who have been married since 2014, already have Maxwell, 6, and Ace, 5, together, but they welcomed another little one on Tuesday, March 19, her representative told People. We can’t take the cuteness and love her gorgeous name: Birdie Mae Johnson! And since Jessica admitted in 2017 that she had an IUD and wasn’t planning on adding any more members to her family, this baby news is just that much sweeter. “I have two beautiful children and I’m not having a third,” she told Ellen DeGeneres on her show. “They’re too cute! You can’t top that.” But guess what? She just did!

Jessica shocked everybody when she revealed that she had another kid coming in September. The announcement came in the form of a sweet sex reveal featuring her son and daughter. Maxwell and Ace popped huge black and white balloons filled with pink confetti. “This little baby girl will make us a family of five,” Jessica captioned the series of shots. “We couldn’t be happier to announce this precious blessing of life.” After this major moment, she immediately started sharing one baby bump pic after another — as if we already weren’t excited enough about her pregnancy!

But while we were thrilled by the news, Jessica and her family were even more excited, a source close to the singer told Hollywoodlife.com EXCLUSIVELY. “Jessica started feeling like her biological clock was ticking louder and louder,” the insider said. “And the next thing you know she had full on baby fever! Jessica is absolutely thrilled to be expecting another baby, because she sees it a a real blessing from God.”

And what about Eric? “He didn’t need any persuading to start trying for another kid,” the source added. “Being a dad to son Ace and daughter Maxwell is the best thing in the world as far as he’s concerned, so he was more than happy to add another to the mix.”

As for his two kids, they’re over the moon to be older siblings if their big ol’ smiles during the sex reveal were anything to go by! So here’s to the family of five — we can’t say congrats enough!