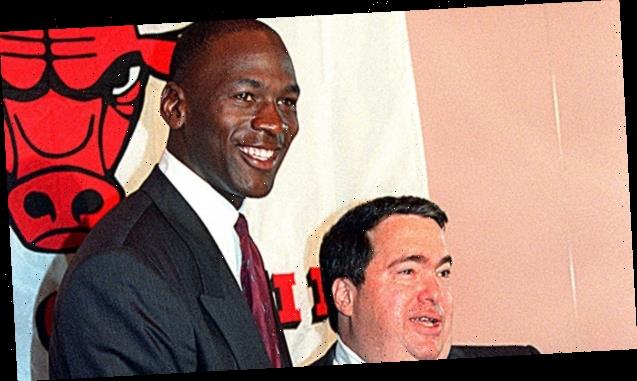 It’s evident that Jerry Krause was the villain in episodes 1 and 2 of ESPN’s Michael Jordan documentary ‘The Last Dance.’ Learn more about the late Chicago Bulls GM, who infamously clashed with MJ during the team’s dominance in the 1990s.

Jerry Krause‘s tumultuous relationship with Michael Jordan was chronicled in episodes one and two of ESPN’s, The Last Dance — a 10-part documentary about the Chicago Bulls’ dynasty through the lens of the final championship season in 1997-98. Krause was the Bulls’ general manager and Michael was the force that led the team, along with legendary head coach Phil Jackson, to six NBA championships between 1991 and 1998.

Despite the Bulls’ success, Jerry and Michael never saw eye-to-eye, as seen in past footage featured in the doc. MJ would publicly pick on Jerry, who wasn’t very well liked because of his selfish business decisions, among other things. In the doc, Krause is portrayed as a cold, dismissive, socially awkward person, who had an apparent jealousy complex against the players and coach. Here’s five quick facts about him:

1. Jerry Krause is a former NBA executive, best known for his time as general manager of the Chicago Bulls. — Born on April 6, 1939 in Chicago, Illinois, Krause was a seasoned sports executive. He gained major notoriety as the general manager of the Chicago Bulls, a position he controversially held for 18 seasons from 1985 until his retirement as a GM in 2003. Krause was the GM during the team’s dominance in the 1990s, famously led by Michael Jordan and coach Phil Jackson. Krause was a two-time winner of the NBA Executive of the Year Award.

2. His disagreements with MJ and Phil Jackson led to them leaving the Bulls. — Krause’s rift with Michael (over trades, business decisions and more) hit its tipping point after the 1997-98 season when the NBA icon officially announced his second retirement (his first was in 1994). Krause and Phil Jackson’s disputes ended when the coach, like MJ, departed from the Bulls in 1998 after two three-peats. Despite his vow to never to coach again, Jackson returned to coach the Los Angeles Lakers in 1999, after taking a year off.

3. Krause worked as a baseball and basketball scout before and after his time with the Bulls. — He had a keen eye for talent. Early on in his career, Krause was a scout for the NBA’s Baltimore Bullets, which led to him creating a relationship with Phil Jackson (despite the team not drafting him). He worked as an NBA scout with the Phoenix Suns, Philadelphia 76ers, Los Angeles Lakers and Chicago Bulls in the 1970s. His claim to fame was finding NBA Hall of Famer Earl Monroe. Krause also worked as a baseball scout for the MLB’s Cleveland Indians, New York Yankees, New York Mets, Oakland Athletics, Seattle Mariners and Chicago White Sox.

4. He was a baseball player. — Krause played baseball as a catcher in high school and later attended Bradley University.

5. Jerry Krause died on March 21, 2017. — A member of his family confirmed the news. Krause struggled with health issues, including osteomyelitis (an infection of the bone) before his death. Krause died before he was inducted into the 2017 Basketball Hall of Fame class. He was 77.